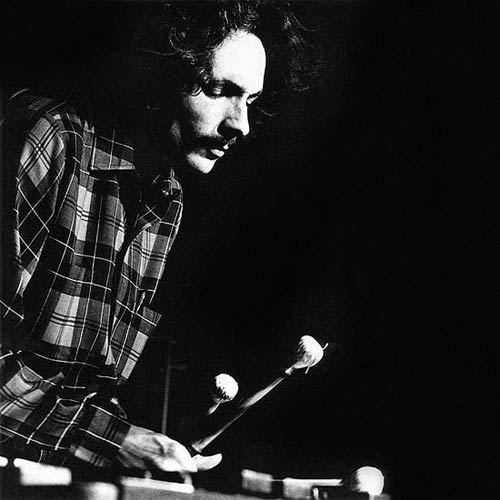 The last time I spoke with Monty, I knew something was wrong. It was the summer of 2008 and I called him to explain that the license I’d brokered for the reissue of the Stark Reality’s music had expired and I wanted to renew. Though he picked up the phone when I called, he could barely offer a hoarse whisper. I asked him if email was better and he responded in the affirmative. I said goodbye, I’ll email you later. He hung up without reply.

We completed updated licensing agreements; it took some time as he’d run out of ink for his printer and had to go to the store to get some. At one point, he sent an email that said “As always, I trust you to handle things as fairly as possible, and very much appreciate all you’ve done for me.” My heart broke. Monty always spoke with great efficiency. He never said more than he had to. I knew that this was some sort of sign, but I couldn’t figure how to pry. What could I say? He hadn’t offered anything. He was a very private man, a man I considered a friend, but one who made it clear that there were boundaries that existed, questions that, even asked, would go unanswered.

I left him alone, emailing him when something of interest came up, and he often responded, though with increasing brevity.

When I received an email from an unknown address with the subject “Monty Stark” today, I knew he had passed away. And my heart broke again.

Monty Stark loved music. He loved his wife, Mamie Lee. He loved his son Monty, Jr. He preferred dark sunglasses when he was outside of his often-darkened apartment but he had lovely, lively eyes that shone with a youthful exuberance that belied his years. He once blamed marijuana for “leaving him in a constant state of being eighteen years old.” That made me laugh.

When I contacted him in 2001 to discuss reissuing his masterpiece, The Stark Reality Discovers Hoagy Carmichael’s Music Shop, he was amused – perplexed, even – but not defensive or confrontational or worried in the way that many musicians are when I first explain to them my intentions to repackage and attempt to renew interest in recordings from a bygone era. He welcomed me to his apartment in Phoenix and entertained me and two friends as we prodded around his past for answers to that most confounding, beautiful music.

He was supportive and conciliatory when I bickered with my partners about the way to present his music and his band’s history. When I was in Brasil in the fall of 2002, wondering why I was so attached to this music, why I was so willing to fight for – what I thought was – the best way to present it, emails we shared showed me why. He was a kind, giving, gentle man who wanted – more than seeing his music released again, I felt – me to feel good about the process that I was personally undertaking as I grew more and more attached to The Stark Reality.

He visited LA when we finally issued our anthology, Now, after he cleared the use of his band’s music for interludes on a Madvillain release (for no charge other than a “Thanks Monty” inscribed in the dead wax of the vinyl), after he realized that there were leagues of new fans interested in not only The Stark Reality, but Monty Stark the man. I’ll never forget our record release party, at the now-defunct Star Shoes on Hollywood and Cosmo, as I stood next to Monty on the club’s small dance floor (he, as always, behind those dark shades), as J.Rocc plugged his headphones into the microphone jack on the mixer and exhorted the crowd to give props to the man who had created the fuzz-soaked “Dreams” he was playing; I felt overwhelmed with pride, intoxicated by music, and so happy to be in the presence of that shy, quiet, giant of a man, Monty Stark.

The Black Eyed Peas soon sampled a Stark Reality song and forgot to clear it. Though Stones Throw, on the band’s behalf, retroactively cleared the song for pennies on the dollar, that clearance helped keep the lights on for two years. Those were difficult years that lead up to the death of J.Dilla in 2006. Monty wrote me an email shortly after Dilla passed:

no need to send regrets. i know you care.”

I write this in Brooklyn, a few thousand miles away from my copy of the Stark Reality album, a hundred miles from where Monty’s music first melted my brain some fifteen years ago, and, in a state of sadness and inability to convey the magnitude of the loss we’ve all suffered.

Link: More information, photos and music with Monty Stark and information on the Now Anthology at Stones Throw, click here.