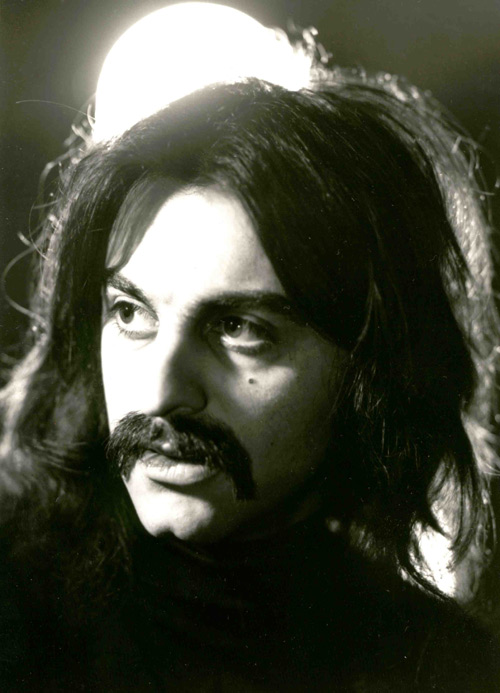 By the early 1970s, Iranian artists such as diva Googoosh, her r&b influenced saxophonist and musical director Erik, sitar-funker Abbas Mehrpouya and the angelic tenor Pourain took the stage. Using indigenous instruments and forms and adding electric guitar as well as other Western influences, these artists set a new standard for Middle Eastern pop music. And so did Kourosh Yaghmaei. But Kourosh was of a different sort.

While the aforementioned artists are giants in their own right, Kourosh stands as the godfather of Persian Rock and Psychedelia. Alongside his brothers, the guitarist Kamran and the keyboardist Kambiz, the trio created vocal and musical stylings that bear a striking resemblance to Turkish fuzz-guitar god Erkin Koray. But their tales – such as “Hajme Kahali,” a meditation on loneliness, are uniquely Iranian.

Kourosh’s 7” singles are exceedingly rare. They are all masterful in their cross-cultural melding but they – alongside music Kourosh recorded in the mid-to-late 70s but never officially released – have languished since the Revolution, and are unheard of by those outside of the immediate Iranian diaspora. We at Now-Again Records, alongside Kourosh and his son Kaveh, have corrected this glaring inaccuracy in the world of Psychedelic Funk and Rock music with the Back From The Brink anthology, which we released in August 2011.