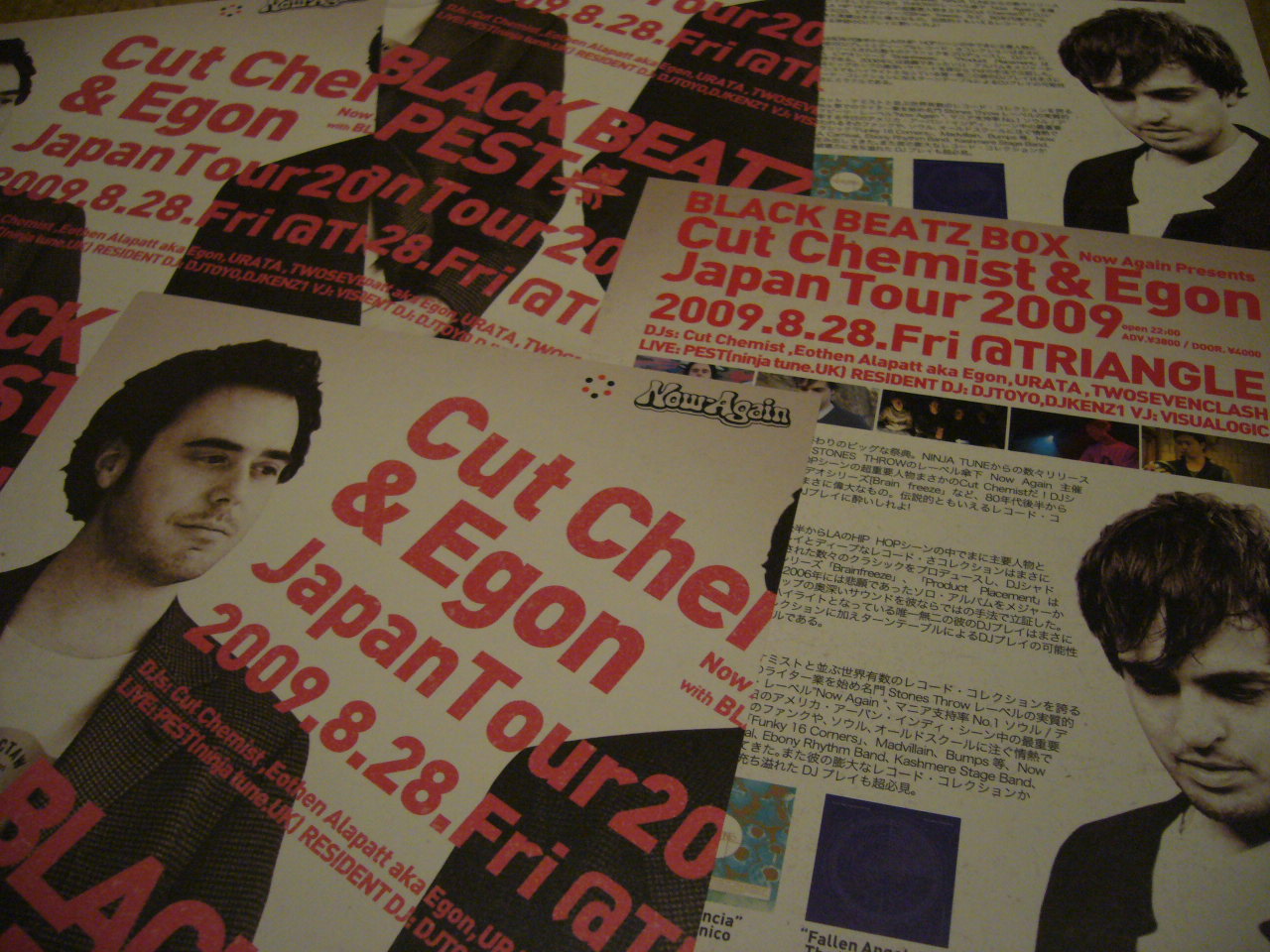 I was up at dawn, then again at 7.30, then again at 8… The first night’s sleep in Japan is always the worst, this trip was no exception. Thank god we’re finally at the point in our career trajectories where we can expect a decent hotel… one with, ahem, facilities. “A good spa is, at this point, mandatory,” Cut remarked over breakfast. I, fresh out of one of those Japanese sauna/hottub/lap pool/whirlpool jaunts, heartily agreed.

By noon, after we’d met up with Stones Throw’s Man-In-Japan, Kota, and our Tokyo-based promoter Youichi. The days of getting excited by Rufus Harley and random Strata East albums have passed me by, so, while Cut made his way through the usual suspects (he didn’t do much better than I, but his tolerance for sympathy buys at this point surpasses mine), I stumbled upon schools of Japanese twenty-somethings dressed as Victorian-era maidens. “That fad already passed,” Kota mentioned. Funny that I’d never seen this phenomenon before.

As I was about to call it an afternoon – it’s as humid as New York in Osaka – Cut asked Kota if he knew of any stores to buy Japanese new-wave. I could almost hear the disgust in Cut’s rhetorical “Is this the store” when Kota walked us into a spot ingloriously called “Rare Groove.” But, myself, seeing a copy of Madlib’s fave Japanese jazz record on the wall – priced about a third of what he bought his copy for – put me in the right state of mind.

(Cut didn’t do so bad either)

From there, it was off to the Random Rap temple at Vinyl 7. But I’ve already completed my collection of Connecticut early 90s classics (except for that damn Fashion Disc comp that Edan has) so I went walking. Imagine my surprise when I stumbled upon a world music store chock full of Indonesian, Thai, Malaysian and South Korean albums. Imagine my further suprise when the owner knew of every album to appear on our forthcoming Indonesian psych comp – and of his intimate knowledge of the He 6’s ouvre, including which of their discs were promotional-only and which weren’t. “So how am I going to get He 6 Go Go Sound Volume One?” I asked. His reply, in the most broken English, dashed the hopes I momentarily held. “So impossible, especially for tourist with no Korean friends.”