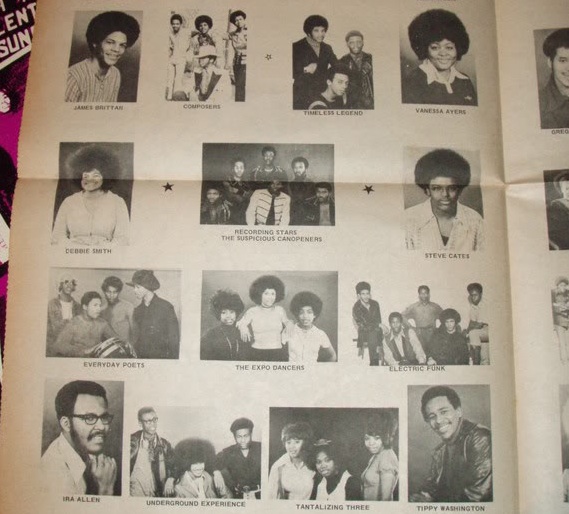 We mentioned this uncharted funk and soul album – a live talent show, recorded and released in small quantities in 1972 – in a previous “Pick.” Now we have a sad reason to post this, The Brother’s Rap cover of the late Gil Scott-Heron’s “The Revolution Will Not Be Televised.” This rendition – performed by an unheralded band, and released almost concurrently with the legendary version that, as my wife said, “if you’re alive, you know and love” – is one of the earliest examples of Scott-Heron’s influence, and a fitting tribute to the fallen poet, author, singer and self-proclaimed “bluesologist.”

Thanks to Nathan Bosshard for sharing this tune, and image, with us so we could share it with you.

Download: The Brother’s Rap “The Revolution Will Not Be Televised.”