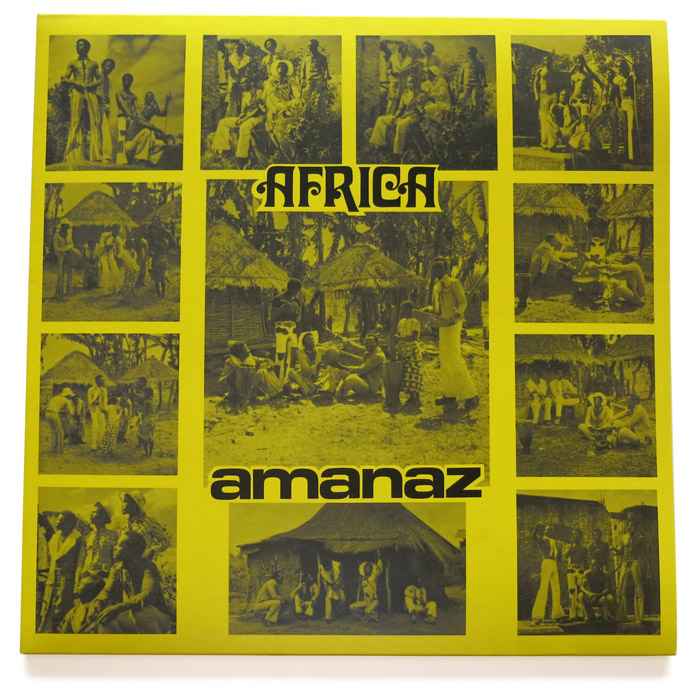 Buy at our webstore at rappcats.com.

Issued in 1975, this is the articulation of Zambia’s Zamrock ethos. While other albums – Rikki Ililonga’s Zambia, WITCH’s Lazy Bones!! – are competitors, it’s hard to best this album as it covers each major quadrant of the Zamrock whole: it came from the mines; its musicians were anti-colonial freedom fighters, it envelops Zambian folk music traditions, and it rocks – hard.

Africa was issued in two separate mixes and two separate presses in 1975: one version is dry, with the vocals and drums mixed loud, the other slathered in reverb, with the vocals and drums disappearing into the mix, and with the guitar solos mixed much louder. Africa’s master tapes are long lost, but we have restored both versions in new transfers from the absolute cleanest copies of this incredibly rare album and presented them both in a 2 LP/ 2 CD set. Also included in both formats: an extensive booklet containing an essay on the album and detailing the history of the Zamrock scene and this album, with notes from Amanaz’s Isaac Mpofu and Keith Kabwe and rare photos. Download card included with LP version.

Hear examples of both mixes of the album below, with Isaac Mpofu’s scorching “History of Man.”