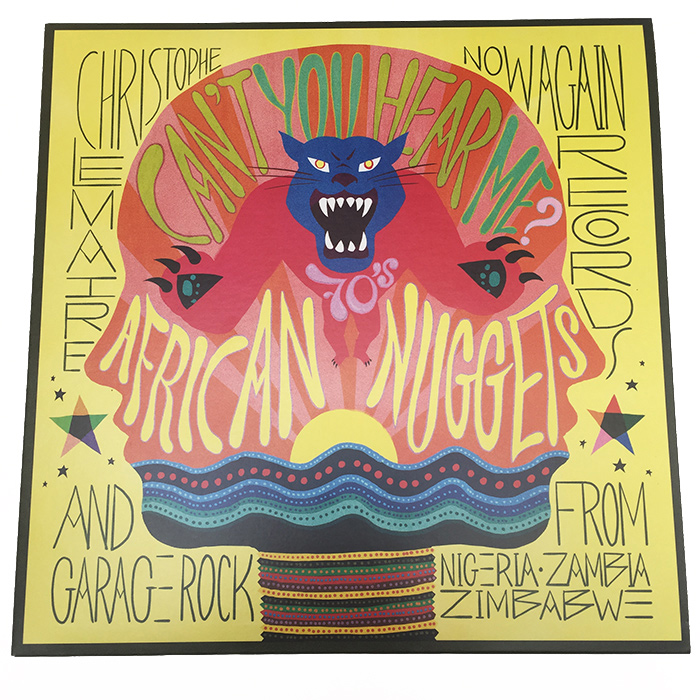 Globetrotter of parallel subcontinents and digger of rare, forgotten records, Eothen “Egon” Alapatt tracks sounds from the dawn of time to the four corners of the world. On the other side of the globe, French designer Christophe Lemaire stays forward thinking and audacious in his choices: far from our deified present, he cultivates a love of timeless designs and mixed influences; a passion for iconoclastic music hidden in the dark corners of a global cultural industry.

This extraordinary openness has been at the heart of their friendship since 2007. Their exceedingly eclectic, fierce rock discoveries gave birth to a first anthology, Where Are You From? (Now-Again, 2010), the fruit of Lemaire’s excavating Alapatt’s archives. That was a post-geographic exploration in psych, rock and funk territories from 1968 to now; this second anthology celebrates their impressionist vision and explores garage rock from the 1970s, voicing the struggles of independence in Zambia, Nigeria and Zimbabwe.

Can’t You Hear Me comes from a track by charismatic Zamrock icon Paul Ngozi, a Lemaire favorite. Ngozi’s title track sets the tone for a drastic selection of seventeen songs with rebellious undertones, riddled by an infectious groove, the forsaken writing about a forgotten chapter in the history of music. Ngozi, WITCH, Chrissy Zebby Tembo, Amanaz, Wells Fargo, Eye Q and the Funkees represent a generation fighting for their freedom, armed with fuzz guitars, symbolic objects of a new movement. They played in Fela’s kingly shadow, were influenced by Hendrix’s psychedelic solos, Jefferson Airplane’s penetrating chords and Cream’s repetitive melodies. The music of their colonial oppressors they reassembled and reinterpreted with pure energy, without nod to hymn or flag.

A halo of cosmic design and pure lines, the cover for the anthology by Sanghon Kim transports us in this whirling odyssey in space and time while composer/producer Pilooski concludes the album with an edit of WITCH’s “No Time,” an expression of the critical need to open up to new perspectives, new imaginations and to keep unearthing riches of our universal heritage.

“Through these tracks we can feel the communicative energy, this pure vitality, not only of Africa , but of youth and hope,” Lemaire states. “And I find it quite universal and timeless. It is not about music as an industry , or as product , but music as a craft . And one can immediately recognized when music is created with heart and soul.”