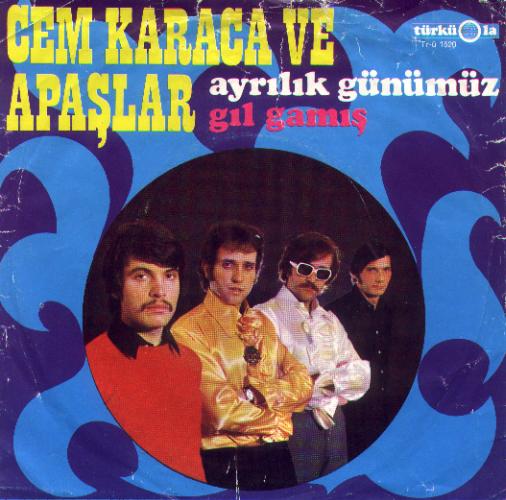 Apaslar was one of the first groups with the “Anatolian” rock style; in the early 1960s, Mehmet Soyarslan and Yalcinkaya Tumer already did Turkish folk melodies on their electric guitars. Later collaborations with singer Cem Karaca put them at the top of the Turkish pop charts. Gilgamis, the b side off this 7″ from 1969 and written by Soyarslan, is instrumental without the voice of Cem Karaca. It starts with a couple bars of solo electric bass from player Seyhan Karabay, followed by Leon Habib – the epitome of a Turkish rock drummer. For me, that’s all I need: heavy drums and bass. Untill Mehmet Soyarslan’s electric guitar layers on, completing the trio. This is my personal favorite Turkish instrumental of all time and it will be one of many tracks featured on the new podcast mix Egon, MRR, and I have in the making.
– ADM