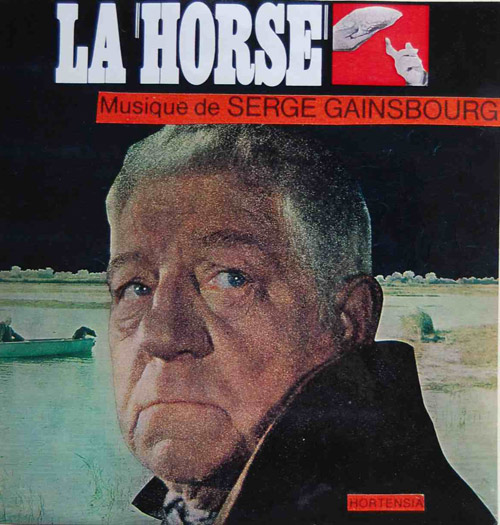 The rarest of the rare Gainsbourg records. His publishing company, Hortensia, thought that they could capitalize on the icon’s score of another Gabin film, and released a promotional 7” to theater-goers. Gainsbourg’s label, Philips, did not take kindly to this affront and promptly rounded up all of the copies that the company had manufactured and destroyed them. Which is a pity, as this Jean Claude Vannier assisted instrumental stalks like the film’s heroin slinging gangsters and contains not only heavy breakbeats and a surprisingly well executed banjo (!) breakdown (a reference to the film’s provincial setting?), but Gainsbourg’s thrilling refrain on the piercing Rocksichord, When Malcolm Catto first told me about this record, I thought he was lying. Only when I finally held the hand made, pasted-on cover in my hands did I know he had been blessed to have carried the haunting memory of this song in the years prior to its official reissue.

Read Egon’s extended review of this single here in our Picks section.