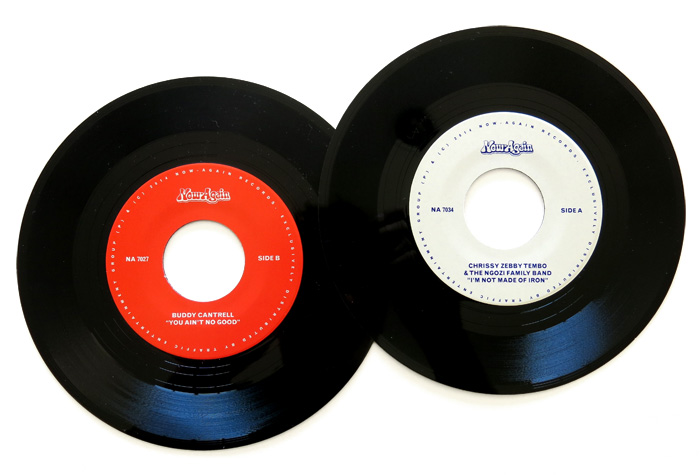 The bundle is SOLD OUT at our webstore at rappcats.com, but copies are still available at key vinyl retailers the world over.

As we previously announced: series of four, limited edition 7”s ranging from Deep American Funk and Soul, Zimbabwean Fuzz Funk, Zambian Proto-Punk, and Rare Disco. 500 copies of each 7” produced: not to be repressed. Download card for entire series included with each 7”.

This series is now available to our subscribers at Now-Again Deluxe at Drip.fm and we offered an exclusive bundle of all four 7″s at a discounted price at our webstore at rappcats.com. Though now sold out, we are already work on round two. More info to come soon.

Free download and streams of the a-side of each single below.