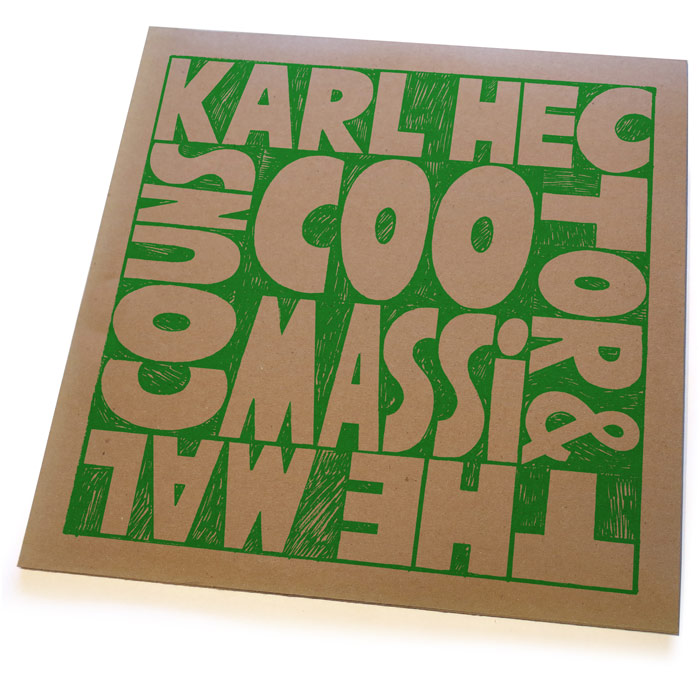 Out now – Third and final limited edition vinyl EP by the world-psych-funk ensemble; original artwork by Kevin Lyons, screenprinted by Anti Designs. Download a free MP3 now and buy the vinyl or digital at our new store at Rappcats!

For all intents and purposes, Karl Hector might as well be another nom-de-plume of Jay Whitefield (producer and guitarist for the Poets of Rhythm and the Whitefield Brothers) who, along with Thomas Myland and Zdenko Curlija, founded Karl Hector and The Malcouns in the early 2000s. Alongside Bo Baral, other members of the Poets of Rhythm and crack Munich-based session musicians, Whitefield, Myland and Curlija crafted nearly twenty tracks for their debut, Sahara Swing, an album that swung with influences from across the African diaspora.

The trio has since released two vinyl-only EPs – Tamanrasset was the first; Ngunga Yeti Fofa was the second. Coomassi will be the last, and is the opening volley of their Unstraight Ahead album, which will see release in Summer 2014. These seven songs demonstrate The Malcouns’ deft handling of musics from Eastern and Northern Africa alongside Western psychedelia, jazz and funk, as evidenced by “Irtijal,” which you can download below – something that wouldn’t sound out of place in Morocco or Turkey, Ethiopia or Azerbaijan.

Coomassi is available to our subscribers at Now-Again Deluxe, can be purchased directly at our webstore at Rappcats and is on iTunes.