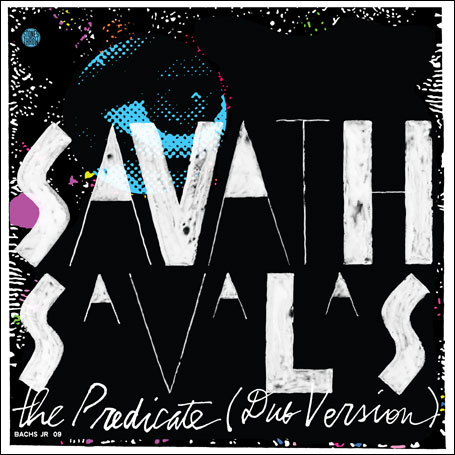 We really enjoyed an album we released earlier this year with Stones Throw – Savath and Savalas’s La Llama. It served as an excellent summer soundtrack, with Eva Puyelo Muns’ breathy vocals sliding around casual melodies and caressing rough hewn beats crafted by Prefuse 73 and Roberto Carlos Lange. Well, summer’s gone, fall is upon us and winter will be here soon. So this new entry into the Savath and Savalas book – etched by a new production entity we know only as “The Predicate” (Prefuse knows all types) – fits perfectly.

It will be up as a digital album this week Stones Throw’s webstore. We’ll be releasing part two of Roberto’s “Oscuro Como Boca De Lobo” podcast at the same time. Stay tuned.