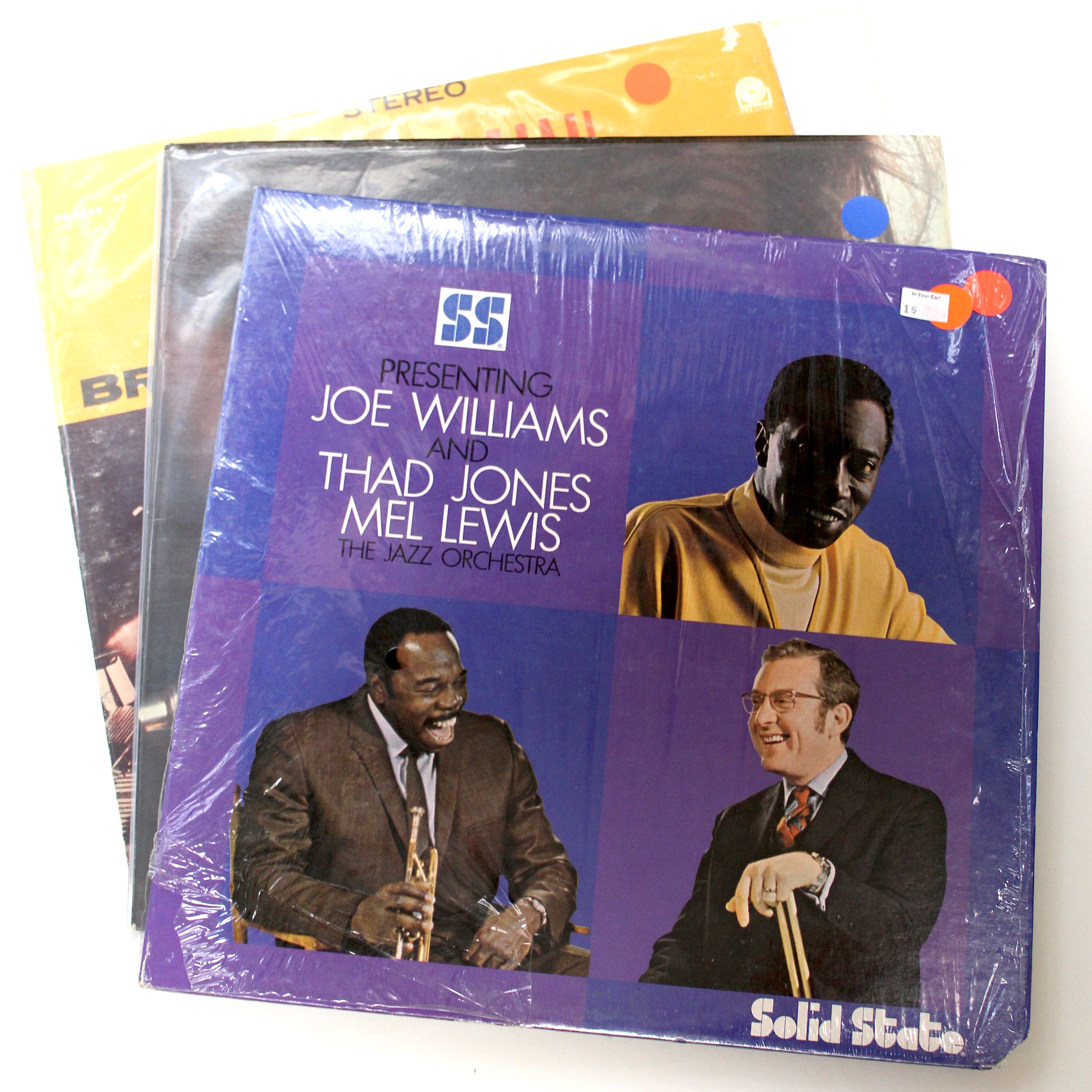 Selected from records at the most recent Ubiquity Records pop up – buy either an LP or 7″ “Boston” Bob Grab Bag at our web store at Rappcats – each comes with 4 pieces of wax selected by Egon.

This was the second pop up in what will be three events – Rappcats brought back Ubiquity Records founder Michael McFadin and thousands of records from the collection of “Boston” Bob Gibson for a record shop in our 1500 square foot space in Highland Park. The shop is now closed but the online grab bag is still available.

Rappcats previous two pop ups centered around Gibson’s collection focused on the uber-rarities that the sleuth uncovered and his rap records. These events will focus on the core of Gibson’s collection, the staples, from funk and soul to jazz to world music to un-Googleable private-pressed oddities. And they’re all priced cheap.

Gibson’s collection, which was considered by collectors like DJ Shadow, the Groove Merchant’s Chris Veltri and Chairman Mao to be one of the best of its kind ever assembled, numbered at more than 30,000. His last 8,000 pieces will find a new home to the intrigued music fan at these events.

Gibson, as his name reflects, lived in Boston which, in the pre-Internet 80s, might as well have been in a different country than New York City. But Gibson was a preternatural collector and, while Ulitmate Breaks and Beats was the biggest direct influencing on the 80s hip hop soundscape, Gibson was using the template as a springboard, and going deep. Deeper than any collector had ever gone.

He was a collector, first, and a dealer second. He made cassette compilations which he often played, and sometimes sold, at the In Your Ear record shop where he was employed. These compilations were full of the songs that would soon become the hip hop sound of the early 90s.

Gibson was one of the top three, if not the most sought after, record dealer at the legendary New York Roosevelt Record Conventions, Chairman Mao remembers. This convention was populated by a who’s who in the New York hip hop production scene – Q–Tip, Large Professor, Diamond D, Buckwild and the DITC crew, The Beatnuts – and the key dealers shared records that had never been considered sample fodder. Q-Tip remembers that Gibson was the first to discover and showcase the Archie Whitewater LP, later famously sampled by Common. Mao recalls that Gibson often mailed packages to his key customers – and that Large PRofessor’s remix of Nas’s “It Ain’t Hard To Tell” happened the same day that Gibson sent him the source sample, the Blue Jays Nascence LP.

These stories go on and on – and while Gibson was buying records to sell to hip hop’s elite, he himself was buying and filing rare funk by the Detroit Sex Machines, the psychedelic version of Del Jones’s militant album “The Court Is Closed,” or Demon Fuzz’s second album “Roots and Offshoots,” all holy grail pieces of wax to this day. And he was buying hip hop records by the people he influenced, and stretching back to hip hop’s golden age in search of the next inspiration.

This is your chance to buy the actual records from the man’s collection himself. “Was “Boston” Bob an influential dealer?” asked Q-Tip, when we asked him about the legendary stories surrounding him. He immediately answered, “Oh for sure. And he listened to all of the music we were all making too.”

Beastie Boys’ Mike D, on “Professor Booty:” “This one goes out to my man the Groove Merchant, comin’ through with the beats that I’ve been searching..’” He was shouting out Michael McFadin, Ubiquity/Luv ’N Haight Records’ President and founder of San Francisco’s fabled Groove Merchant record shop, the boutique he opened on Haight Street in early 1990. It was one of the only stores of its kind, nearly three decades ago, and it quickly earned a reputation the world over as a place to find rare records and learn about new sounds. It became a haven for collectors, DJs, and producers looking for soul, funk, jazz and break beats, and inspired the likes of the Beastie Boys, DJ Shadow and Dan the Automator to create landmark albums in the 90s.

McFadin moved his label’s operations from San Francisco to Los Angeles in the mid-90s and stopped selling used vinyl, focusing instead on issuing new albums that continued the lineage of the music he sold at Groove Merchant and reissuing essential anthologies of music ranging from latin (Bobby Matos) to jazz (Nathan Davis) to disco (Twilight) to soul and funk (Darondo). That was, until he bought one of the best collections America ever saw: that of “Boston” Bob Gibson, the East Coast’s digging king. Egon visited the collection shortly after McFadin bought it in 2004 and confirmed that it was peerless, full of one-off, fabled records, of all genres, but with a specific bent: heavy grooves, and raw funk.