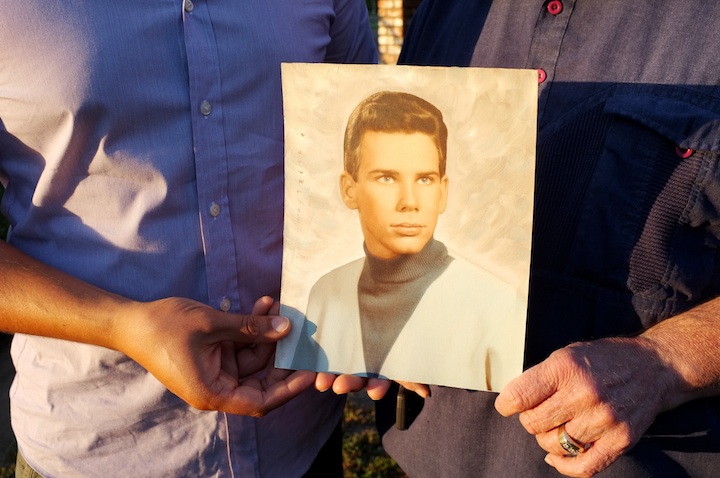 Stephen David Heitkotter’s solitary album – a bedroom trip he recorded in Fresno, California in 1971 after the Vietnam war disbanded his Roadrunners garage rock band and which was pressed as a demo in a run of twenty five copies – is one of the rarest and most sought after artifacts of the 1970s. Above, you can see a picture of Stephen taken shortly before the recording of the album held by Egon and Stephen’s brother Bill (right), from whom we secured the rights to reissue this album.

Stephen’s story – mythologized versions of which have already made the internet rounds – is a sad one, but his music is primal, funky, fuzzy and, of course amazing. We’re hot on the heels of unreleased material from the sessions at Heitkotters’ East Kerckhoff address; our office is full of the paintings he created there between 1970 and 1972. When we do tie this one up, it’s going to be special. Pictured below – Egon purchasing an original copy of the album from Bill’s ex-wife, Madeline – whose brother had received the record from Stephen when he was twelve years old and had carried it with him as he crossed the world the past forty years. Special, indeed! 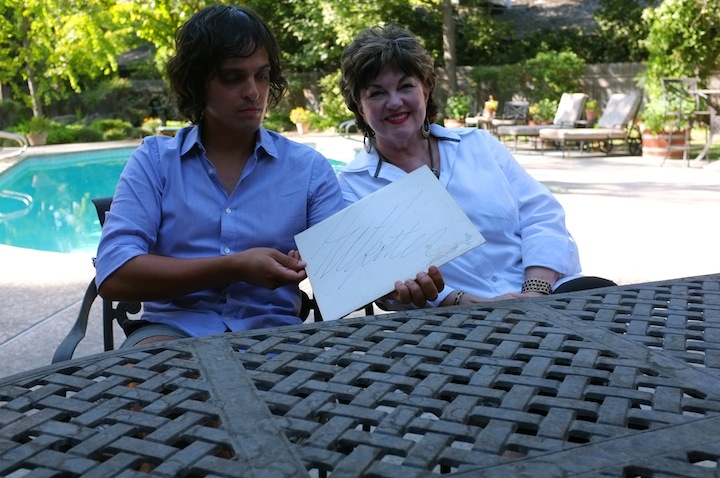