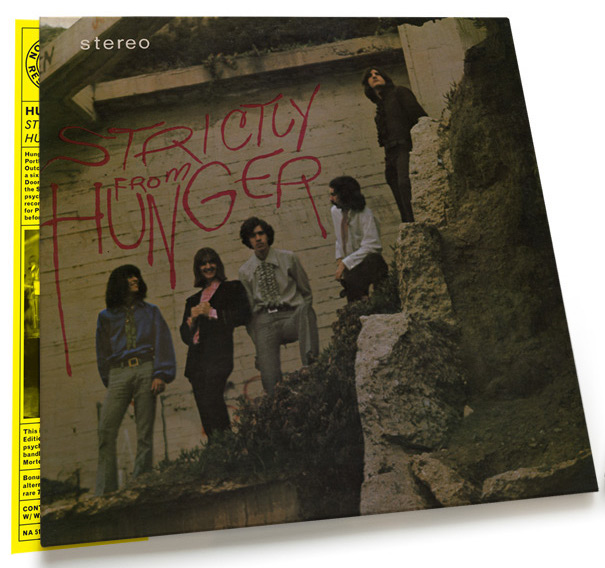 The latest release in Now-Again’s Reserve Subscription series is Hunger – Strictly From Hunger: the band’s preferred version of the album, unedited, fuzz-guitar heavy late 60s psych-rock, restored and remastered from a rare test press. Bonus 2nd LP of the Public! Records version of the album available only to subscribers.

Hunger arrived in L.A. from Portland in late 1967 as the Outcasts, a teenage cover band, but within a six months they had signed with a connected manager, played all over Los Angeles, embraced psychedelia and signed on to record an album of original music for the label their manager founded for them: Public! Records. They showed tremendous promise – and their producers invested heavily into a band that was going to be the next marquee act at the Whiskey A Go-Go, bringing in members of Strawberry Alarm Clock, including future Lynyrd Skynyrd star Ed King, to produce an album. But Hunger broke up before their album’s release and their entry in rock’s canon was shadowed for years.

This is the definitive Reserve Edition reissue of a late ‘60s psych–rock classic, overseen by Hunger’s band members John Morton, Steve Hansen and Mike Lane: the band’s preferred, unedited, fuzz-guitar heavy version of the album, restored and remastered from a rare test press. This is the first time that band’s vision for the album has been issued in full on vinyl. Contains an extensive booklet by Jim Cherry, Eothen Alapatt and Clark Faville that corrects many factual inaccuracies told over the record’s celebrated past three decades as one of rock’s holy grails. The booklet is filled with never-published photos from lead guitarist John Morton’s archive. Subscribers receive a bonus 2nd LP of the Public! Records version of the album, and a download card for bonus 7″ tracks.

Here’s an example of what’s in store – the full version of “Open Your Eyes” featuring Ed King’s lead guitar lines – all but absent on the Public! Records issue – and nearly double the length of the issued version! 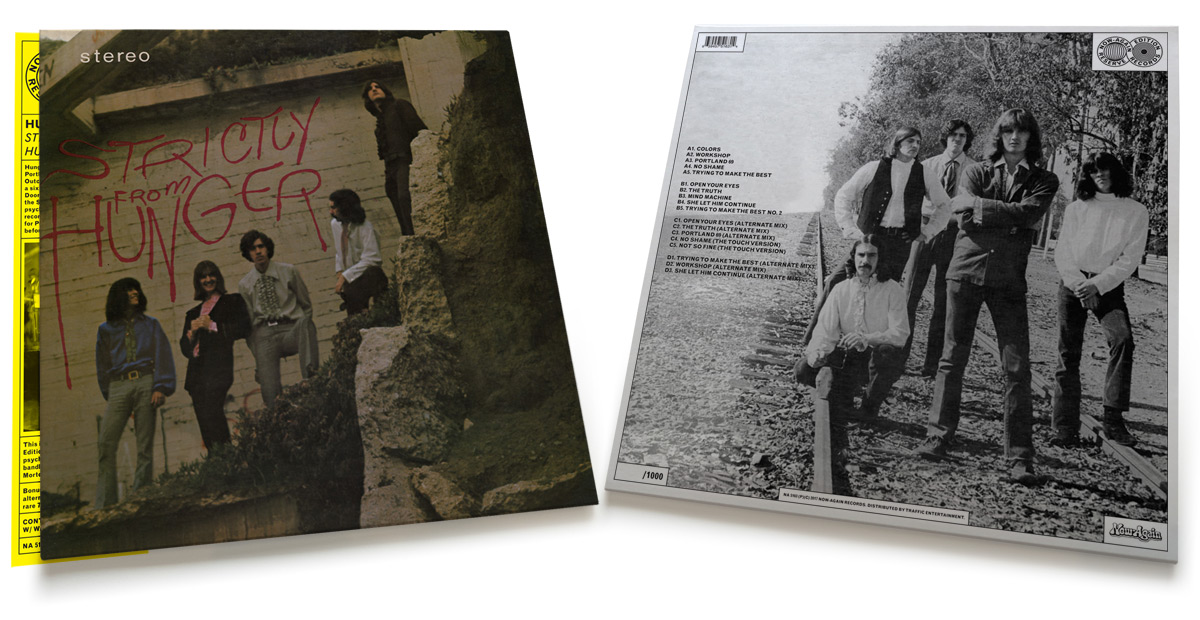