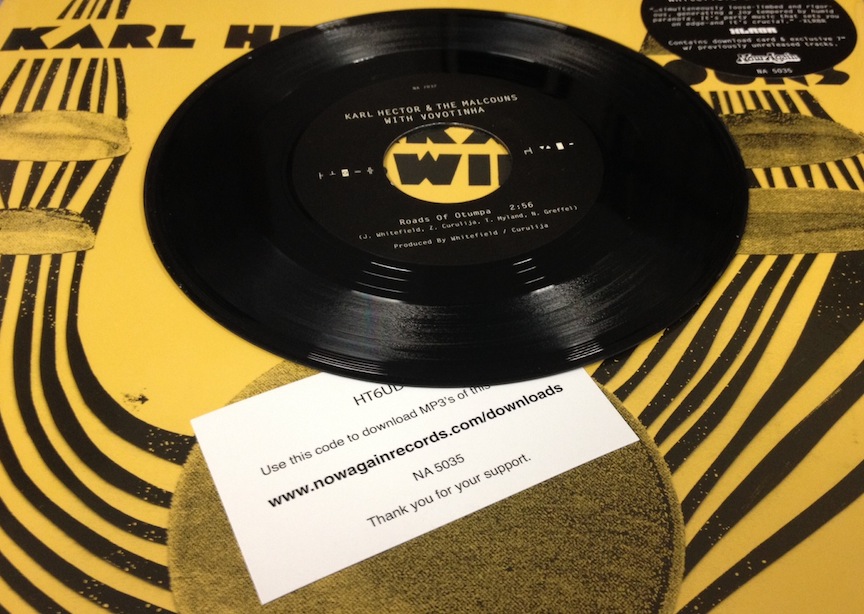 Karl Hector & The Malcouns’ debut album Sahara Swing was out of print on vinyl for about a year and a half leading up to our issue of their sophomore album, Unstraight Ahead. We couldn’t stand to part with the dog-eared copies we still had at the office, and felt bad every time we saw a dealer get $40 for a copy on Discogs. So we decided to repress – and the band added two new tracks, both vocal and instrumental versions of “Roads of Otumpa,” as a bonus 7″.

They will only be available as part of this LP reissue, which comes with a download card, and as a digital exclusive to our subscribers at Now-Again Deluxe at Drip.fm. Stream the vocal version at our Soundcloud, now.

A note to those who purchased the first version of this album: if you send us proof of your purchase to thefunk@nowagainrecords.com we will email you a download link to the entire album and the bonus 7″.