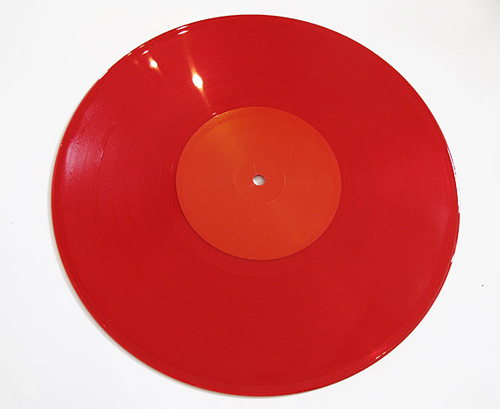 Now-Again has signed MRR-ADM, a production team from Southern California. The group formerly recorded under the name MHE for Sound In Color. They self-manufactured 1,000 copies of their debut album and there are no plans for a repress.

Their music is simple to describe: it’s all about rhythm. Drums to be exact. Heavy, syncopated, driving. Followed by the bass. Percussive, insistent. Perhaps some guitar. Biting, raspy. Analog synth sounds? Absolutely. As long as they’re dark.

If those descriptions sound similar to those that you might find on the back of those production library LPs from the likes of KPM, Dewolfe, Southern, Peer or other imprints whose sole purpose was to supply talented musicians with a blank disc which they could then inscribe with sounds of their liking, well, congrats to you. You’ve touched on MRR-ADM’s mantra. No contrived, commercial formulas needed. Just a theme, built upon for a number of tracks pressed onto wax and sold to radio stations, film and television editors and ad agencies across the world.

MRR-ADM are concerned with stark, dark minimalism, whether in their design or in their sound. Their first six songs – complex in their seeming simplicity – are their favorites from the first round of recordings that they made over the past five years. But they are only an introduction. There is much more to come.