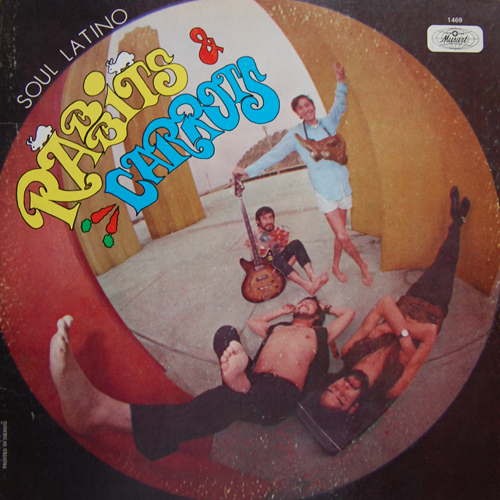 Ok. I’ll just step out there and say it: funk just doesn’t get better than James Brown. Or those who can competently imitate him (see: Carleen and The Groovers) or cover his funkiest songs. Hence, we’re now talking about Mexico’s finest funk group, who have the silliest name, the Rabbits and Carrots.

Phillipe Lehman, of Desco, Soul Fire, and “The Best Funk Collection In The World” fame, played me this album the same day that he played me The Universoul’s “New Generation” and Brother Williams “Cold Sweat.” Every track on the album hit hard, but the stand out, at least at that time, was their obvious rip off of “Give It Up Turn It Loose” which they renamed “Las Cuatras Culturas.”

Some years later, when I finally found the record in Japan for sale northward of six hundred bucks, the track had held up to my mind’s recollection. And the band’s dirge-like cover of “Love Theme From Romeo and Juliet” convinced me that I’d found the pinnacle of Mexican psychedelic-funk.

That is, until I found out about the band’s four song 7″ EP that contained a killer version of JB’s “Sex Machine” alongside the heaviest cover of Charles Wright’s “Express Yourself.” You can find those on Vampisouls official reissue of the R and C’s album (CD only!) and you can find this edit of “Las Cuatras Culturas” on the James Brown cover compilation Get Back! Save yourself the time and money – these Musart pressings never show up, and when they do, they’re just too hammered to spend any real money on.