REQUIEM FOR A GREAT RECORD STORE 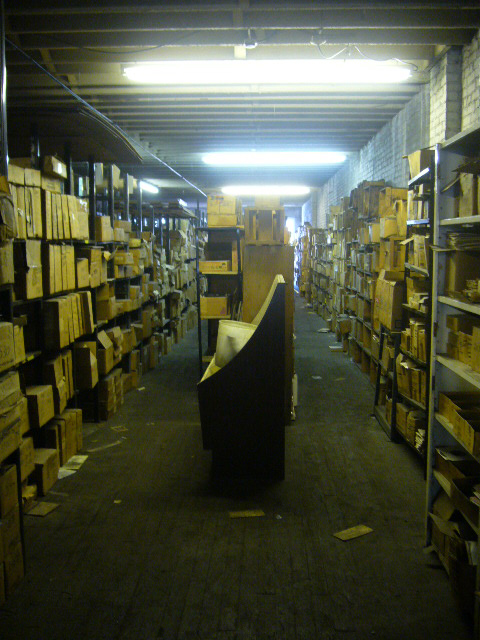 This post was originally written and published by Egon on September 23, 2008.

I chose to attend college in Nashville, Tennessee because I knew that I’d be able to spend my spare time searching for rare records in a city where competition was nil. Well, that’s not exactly true – there were really ahead-of-the-curve collectors, like Chad Phillips, who I would later collaborate with on the Kid Robot Madvillain and Quasimoto toys for Stones Throw, and there was Doyle Davis, who hosted a great show on Vanderbilt’s WRVU FM called “D-Funk,” and there was Count Bass D who, besides Doyle, was probably the only person I had met to date that had found a copy of David Axelrod’s Songs of Innocence in the field. But, with the knowledge I’d received from a great many teachers in the Northeast prior to my arrival, I felt uniquely equipped to search out, say, regionally released 45s by the likes of Joe Lee and Eddie Bo in 1997.

And there were just so many places to get the goods: the rarer of the two issues of The Cult’s The Mail Must Go Through literally fell into my hands at Phonoluxe Records. Phillip, if I remember his name correctly, threw it there, telling me that he knew it was in demand in Japan, a scenario that seemed preposterous to me back then. Private pressed (we didn’t call ’em that back then, but whatever) rural rock records with decidedly awesome covers of Average White Band tunes stacked up against deep-groove Blue Note LPs at the Great Escape on Broadway, where Doyle, the chain’s manager, often showed me the latest scores before they were filed into the new arrival bins.

But the spot of spots was Lawrence Record Shop, which we all called Lawrence Brothers, in downtown Nashville. Downtown Nashville was nothing like it is today. It wasn’t hip in any manner. Next to venerable country repository Ernest Tubbs, near the juke joints and the barbecue stands, down the street from the great food emporium Arnold’s, stood this library of 45s and LPs by soul, funk, bluegrass, rock, country and jazz artists. The story went, as I recall, that Daddy Lawrence bought the building in the early 1960s and filled it up with whatever goods he could find. As record stores and distributors went out of business, he filled up the basement and upper two floors with boxes upon boxes of dead-stock vinyl. The store front contained bin after bin chock full of 45s, each with a location number penciled on a dividing card. If you found something you liked, there was a good chance that there were hundreds more copies upstairs.

Thus, by the time Paul Lawrence took over the store’s day to day operations with his brother Ted and wife Paulette, and he lowered the price of each 45 to three dollars a piece, we didn’t hesitate to buy hundreds of copies of James K-Nine’s “Live It Up” on Federal – right around the time that Dante Carfagna got his first copy and called the drummer, James Black, “Mr. SP 1200,” as fitting a description of Black’s straight-ahead funk if I’ve ever heard one. Dozens of Kay Robinson’s “The Lord Will Make A Way Some How” came down from upstairs, alongside a copy or two of then-rarity like the Overnight Low on Deluxe or a cut that eventually made it to my Function Underground anthology of Black and Brown American rock, “The Siesta Is Over.”

Too bad we didn’t have the taste to search out a record like The Mixed Feelings’ disco-soul 7″ on United World of Music – which was distributed via Nashville. I’m sure it was there.

I tried everything to convince the Lawrence brothers to let me upstairs. I just knew I’d find the goods: the Billy Ball and The Upsetters’ 45 on King, David Matthews’ LP on People… But try as I did (I ever offered to intern for free one summer, just for access upstairs, to search for records I’d then pay cash for), the answer always came back as a polite “no.”

So I left, moved out to California in 2000, but continued to visit the shop every time I was back in town to check in on the family and buy a random stock James Brown 45 or two. I never failed to remind Paul that I’d love to make it upstairs some day.

Well, it turned out on one of my two year hiatuses from the city that a few people cracked the code and got on up the Lawrence elevator to the upper floors. The stories came back about the half dozen Grodeck Whipperjenny LPs that had come down. I felt vindicated! It was time to go back to the city, to finally see what the upper floors held.

In mid 2008, I walked in to the store alongside Georges Sulmner, the ex-NYC collector who opened up my eyes to indie-released funk 45s when I was 19, and my college buddy Ben Nichols. I felt Ted Lawrence’s notable absence. Normally, he’d greet me with a hug and barrage of questions, in his inimitable drawl, about the record business, David Axelrod, and all things new under the California sun. Paul filled me in: Ted developed a rare form of blood cancer, but he was on the mend. And he’d stopped smoking, cold turkey.

“And how many copies of that Coasters On Broadway record you still holding on to, young man?” Paul asked

Thinking of the grey hairs already in my beard – and teasing Paul about his shock of white hair – we made our way upstairs. “Forget the basement, mostly country down there,” Paul called out as we made our way into the “Employees Only” section of the store. He knew what we were after.

Georges had been through the upper two levels before, and he’d reported some decent finds. We started out strong with a couple promising 45s laid at the front of the third floor: some random disco rap 45 from the early 80s on a southern label, and a boogie ballad by a previously unknown Nashville group from 1979. Down the rows we went, talking about “the way things used to be,” reminiscing over the days when boxes of David Robinson’s “I’m A Carpenter” were a kitchen sink away in the humid attic of the legendary Eddie 3 Way in New Orleans. When Ye Olde Clocke Shoppe still stood in Concorde, North Carolina and heavy pieces sat at the top of each box, next to Mason Jars, still reeking of recently consumed moonshine.

But it was hot, humid and dirty up there. The tar from the roof leaked in neat strands and pooled atop the shelves of records. Every box was labeled with a bin card, it seemed, which corresponded to a section in the racks downstairs. Had we seen these before? I kept my eye on the IRDA sleeves, hoping that this would be the day that I’d pull that Mixed Feelings 45 and made myself a tidy profit on my journey. It’s that, someowhat delusional, hope that drives a record collector minute by minute, hour by hour, under duress, through the dark, dirty must in search of the one that might not yet get away.

About an hour in, Georges left to DJ an event. Ben and I soldiered on. Down to the second floor we went, past the decrepit bathroom that obviously hadn’t been used in forty years, into the dark – and slightly cooler – rows that housed simply too many cut-outs on labels like Janus and custom country 45s that masqueraded as possible funk finds.

After another hour, I decided it was time to pack it in. Back upstairs, I passed a stack of boxes of Little Royal LPs (the alternate second press, at least, the one with the bonus track with the drum break) and threw a couple in my stack. I went past the stack of Gaston 45s and grabbed a handful. That would do it, I suppose. Then Ben passed me a record on Country Disco – it was later issued on the better known Texas indie Le Cam – and it turned out to be a wild, country version of “Do You Think I’m Sexy,” complete with a swirling moog. The novelty of finding a record that mixed the country music that pervaded the boxes we were sifting through and hinted at the funk we so desperately serarched for seemed as high a point as we’d get on this trip. We made our way downstairs.

Paul was as accommodating as ever, throwing in the ’60s-era Hermitage postcards and empty Coke bottles I found for free, and charging much less for our small stacks than he should have. He sent his regards to my parents; I gave my love to his wife and wishes for a speedy recovery to Ted. It was as bittersweet an experience as I’ve ever had in a record store and as I walked out, glancing at the tin tiles on the ceiling and feeling the same fondness I’d felt for them the first time I walked in, nearly twelve years ago, and I wondered if I’d ever be back.

The answer is – I never went back. And, after this article was originally posted, comments came in from Lawrence relatives, firstly Anita Lawrence who wrote, in 2015:

“I am the youngest daughter of Jack and Ida Frances Lawrence, founders of Lawrence Bros., sister of Paul and Ted. Paulette passed away unexpectly due to surgery issues in 2014.

Our mother passed away May 2015, and now with regret and deep sadness we are selling the Record Store @ the end of the month. With 8 siblings and not everyone being involved in the store over all the years, we are selling. Ted is still hanging in and doing good, He is in remission with his bone cancer but mainly in a wheelchair, having his good and bad days. Our sister Wanda is assisting in taking care of him along with some of us when needed. It is so sad as I was raised pretty much there when I was younger, there every Wednesday after school and before church and then of course on Saturdays until the wee hours of the night and on Sundays between Church services with Mom and Dad.”

“My Mom did sadly pass away on September 09, 2013, unexpectedly after a surgery. It will be six years in September. I still cannot wrap my head around it. Then, we lost Granny in 2015. Now, it pains me to say, Uncle Ted lost his battle. He went home to Granny and Gran-Gran May this year. I am thankful he is no longer in any pain.

Now, when and if you go to visit Nashville. Nudie’s Honky Tonk is where Lawrence Bros. Record Shop once was. It is a tri-level honky tonk and they have the roof top open also. It has the longest bar in Nashville, I believe. I have not been there. I don’t know if it goes the length of the store or if they cut it down some. The store looks small from the outside, but to be inside is incredible. I can still smell Gran-Gran’s Black Jack cigars. I use to sit on the couch that was out front and help her put labels on the album’s and 45’s. She took care of the cassettes, because they were small. I truly miss going there and seeing them. I miss my Mom.

I want to apologize for going on like this. I guess, I just needed to talk about them for a minute.” 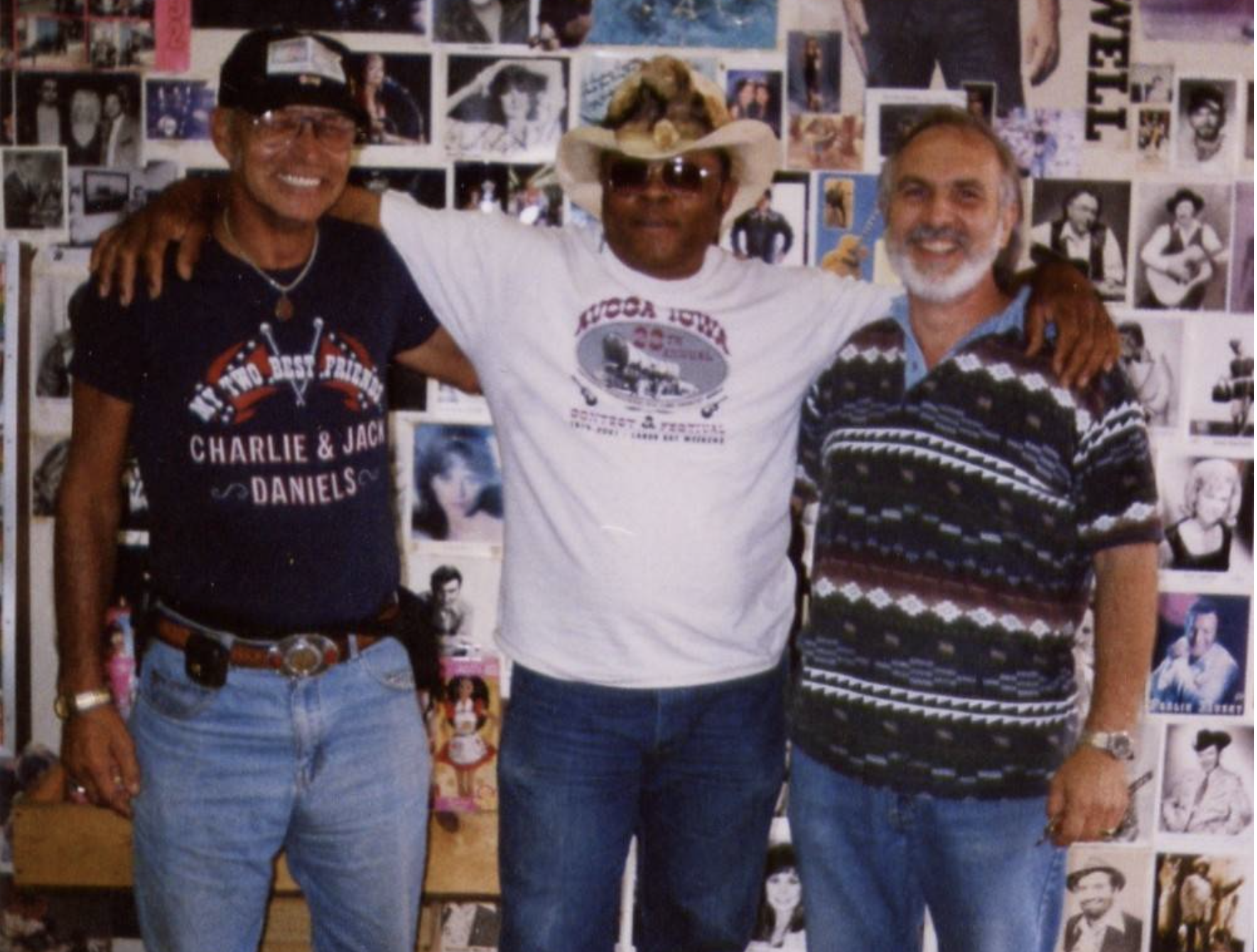