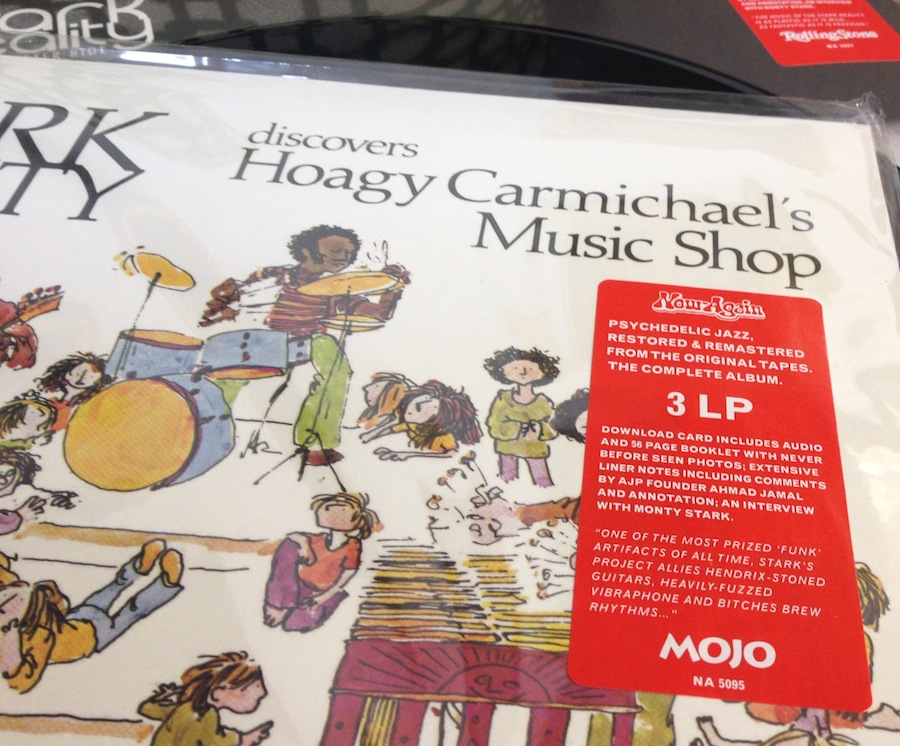 Buy via our webstore at rappcats.com.

Previously only available as part of our Acting, Thinking, Feeling box set, Stark Reality’s two essential LPs Discovers Hoagy Carmichael’s Music Shop and Roller Coaster Ride are now available as stand-alone LP’s, and come with a download card for all tracks and a digital version of the extensive booklet we presented in our box set.

If you’ve not heard this band’s wondrous music yet, you can download a track here – and watch a video clip of the performance of the same song on the WGBH Hoagy Carmichael’s Music Shop program, which aired for an unbelievable season in the early 1970s. Imagine being a kid on that show. C’mon now. 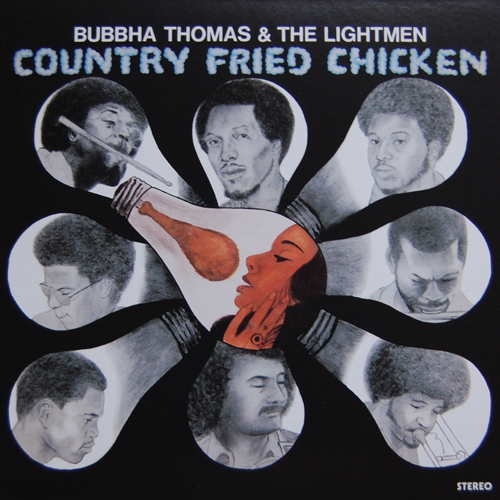 Born in Houston’s fourth ward, Bubbha Thomas attended Booker T. Washington Senior High School where he served as a captain of the school band’s drum section – under the direction of one Conrad O. Johnson, who later gained fame as leader of the aforementioned Kashmere High School Stage Band. He earned a scholarship to Wiley College where he became captain of the school’s band and founded his own jazz outfit, The Lightmen. Before graduating with a BA in music, Bubbha led his band to the Newport Jazz Festival and released a spiritual debut on Houston based Judnell Records (home of The Chocolate Glass, for anyone keeping score) entitled “Free As You Wanna Be.”

1971 saw the release of his second album, “Fancy Pants,” an album that first demonstrated that the young Bubbha understood the funk movement (with the song “Ashie”). After releasing a few more 45s on Judnell (including the incredible “Wench”), he formed his own imprint, Lightin’ Records, and pursued his recording dreams from there. In 1972, he released what many consider his masterpiece – “Energy Control Center – ” the album that contained the backbeat-grounded “Phantom” which Egon compiled on The “Funky 16 Corners” in 2001. In 1975, now recording under the name Bubbha Thomas and The Lightmen, he released his altogether funkiest album, “Country Fried Chicken.” Thomas continued releasing albums into the 1980s, and he records on the Lightin’ label to this day. 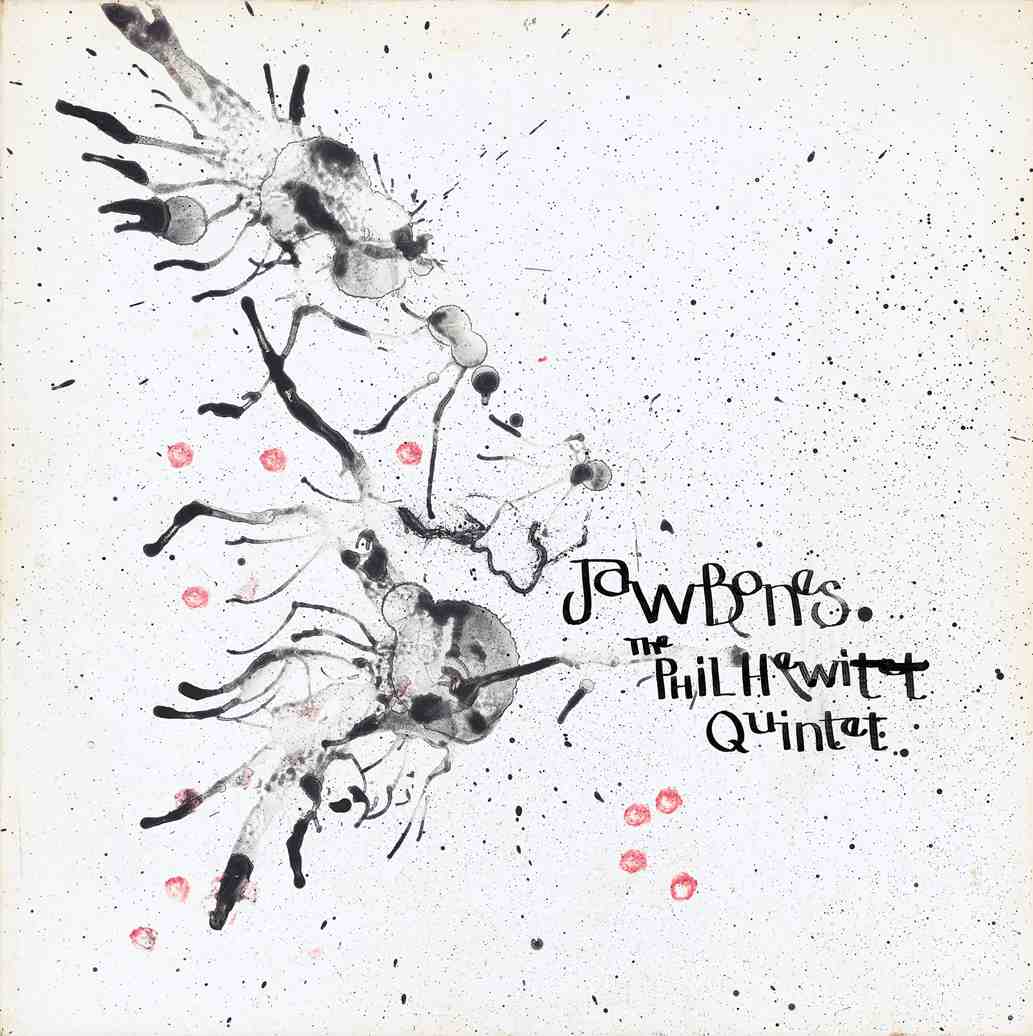 P.E. Hewitt’s self-released trilogy are some of the rarest damn-good late 60s and early 70s jazz albums you could ever hope to come across. That’s a subtle, but important distinction. There are many rare jazz albums in every imaginable subgenre – funk, free, fusion… – of the late 60s and early 70s. But there are few damn-good jazz albums. Jazz was a phoenix, then, rising from the ashes to become something different and beautiful. Hewitt, was a late-teenager, then. Already a composer, arranger, vibraphonist, pianist and pilot, he helmed a crack group of musicians and recorded a damn-good series of albums – without ever taking the time out to name his record company. His vision was so pure, so immediate, that the most obvious thought of any entrepreneur – a name for his fledgling enterprise – took a back seat to his incessant desire to create, and document, the ideas flowing through his head and into the able hands of his peers.

His three albums – pressed in a maximum run of one hundred pieces per album – recently surfaced after Bay Area collector Chris Veltri re-discovered an old find and sent music detectives on the hunt. You see, Hewitt’s Winter Winds album – his third – was so damn-good that neither a micro press nor forty years of silence could suppress its reemergence.

And now, as the winds blow in the direction of the authentic, the spiritual, the deep, the personal and the human once again in jazz music, Hewitt bestows upon us these three damn-good albums and we wonder – where were you our entire lives, P.E. Hewitt? Why did it take so long to discover the magical music you and your ensemble recorded? Why do we still feel lucky – privileged even – to have discovered it now? 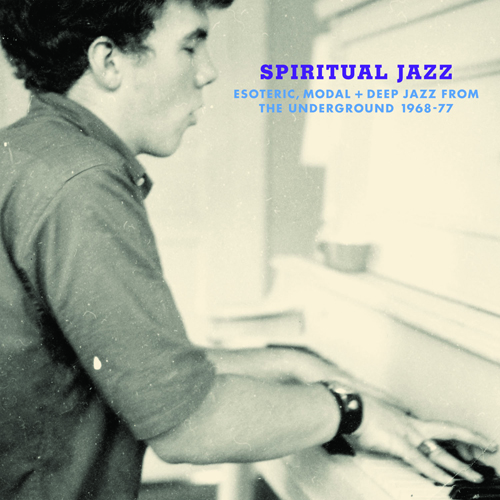 Existing completely under the critical radar and largely ignored or unknown by music fans and critics alike, most of the musicians featured in this album won’t be familiar to even the most seasoned aficionado. Their records, frequently turned down by distributors and record stores, saw little attention when first released – and have seen even less since.

But in this era of musical apathy, where so many music junkies look to the past for their musical fix, we have re-discovered hidden, obscure and esoteric jazz musicians who looked to the four corners of the earth – and beyond – for inspiration.

With this anthology we evaluate “Spiritual Jazz” – Jazz created in the era after John Coltrane, a time which saw the evolution of an underground jazz that spoke about the reform of the soul, the reform of the spirit, and the reform of society: a music which was local and international at once, which was a personal journey and a political statement, and which was religious and secular in one non-contradictory breath.

The music on this album reflects the social and historical forces at work during the closedown of the ’60s dream; music made by close-knit collectives and individual visionaries, by prisoners and eccentrics, by mystics and political radicals. It includes music by acknowledged masters, and moments of brilliance by unsung figures known to us from just one or two recordings. There are songs from prison bands, Egyptian big bands, high school jazz ensembles, African musicians gigging with free jazz legends, and African American jazz heroes.

Spiritual Jazz: ‘Esoteric, modal and deep jazz from the undergound, 1968-77’ is the jazz music of America in the age of civil rights, brutal repression, political assassination and war; a music that would guarantee the survival of the spiritual dimension in a society that was angry and traumatized, but nevertheless had seen hope of better days to come. 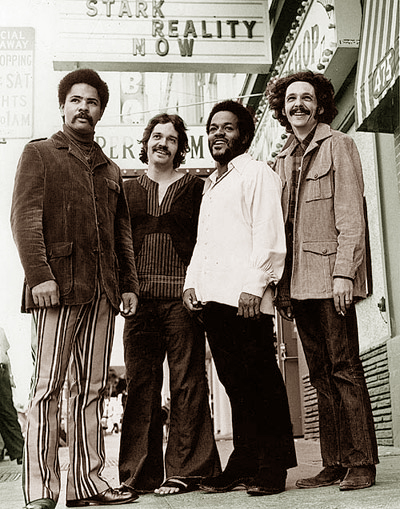