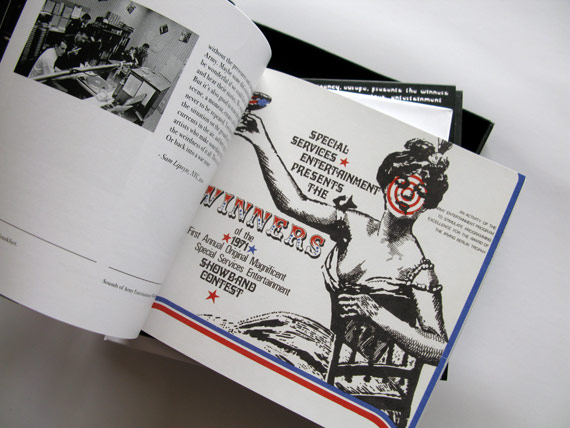 England’s Guardian just ran a story detailing the story behind our East of Underground anthology. An excerpt from Ben Beaumont-Thomas’ piece:

“In 1971 the US was pulling troops out of Vietnam, and its bases in Germany were full of draftees at a loose end. “You were painting shovels, picking up cigarette butts – it was a lot of busy-work,” remembers former serviceman Lewis Hitt. “There was a longing by everyone, especially the draftees, to get home and go back to what you were doing before.” This was the crucible in which were formed scores of raucous funk bands made up of servicemen, four of which have just been compiled by Now-Again Records. Adoring crowd noise was crudely dubbed on top of their records, which were then distributed in recruitment centres. These bands were used by the army to present service as varied, even hip. But the songs they cover – the bitter, suspicious likes of Backstabbers and Smiling Faces Sometimes – undermine any potential propagandising.”