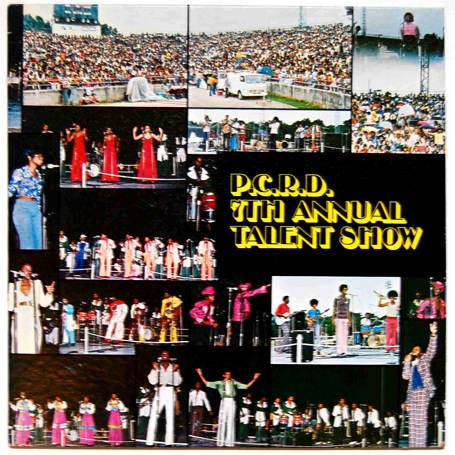 By this point, examples of fine soul and funk albums released by high school and college/university-level stage bands are commonplace. You have to look no farther than our Kashmere Stage Band anthology – which draws from eight LPs and 3 45s (and countless of master tapes) for proof. Examples of fine soul and funk albums released as keepsakes of regional talent shows are far more scarce. And – all novelty aside – can one really listen to the majority of the 1st Annual Inner-City Talent Expo (March 26, 1972 Columbus Ohio) album?

This album, released in an outreach effort by the New Orleans Police Department, falls somewhere in between novelty and soaring soul. There is even a decent funk number (a cover of Mandrill’s “Fence Walk”) and a decent fuzz track (a cover of Edgar Winters’ “Frankenstein”). Well worthy of our “Picks” section.

Download: An example of the P.C.R.D. 7th Annual Talent Show.