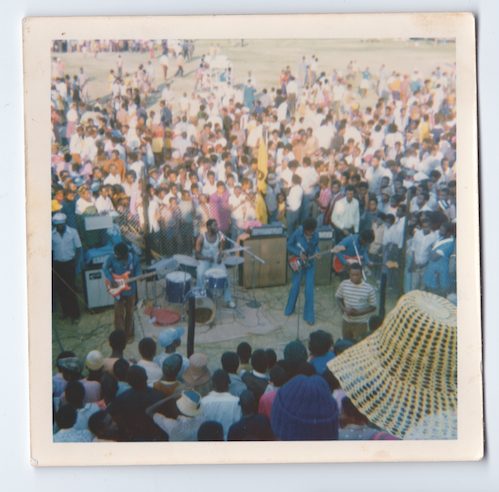 Wells Fargo’s heavy rock music exploded in Zimbabwe in the 1970s, during the last decade of the country’s War of Independence. This is the first time Wells Fargo’s revolutionary music has been released outside of Zimbabwe – Watch Out!, for the first time in album form, is available now.

In conjunction with Vinyl Me Please’s LP subscription service, we are issuing a special, colored, 180 gram vinyl pressing of Watch Out! In extensive liner notes packaged with the Vinyl Me Please issue, Matthew Shechmeister tells the story of just how black Zimbabweans were able to pen, record and release revolutionary music under dire circumstances, oppressed by a systematically racist Rhodesian government.

Intrigued? Hear more in a piece that Snap Judgement producer – and all around vinyl head – Pat Mesiti-Miller put together, in which he interviews Wells Fargo’s Ebba Chitambo and Never Mpofu and tells their must-be-heard tale.