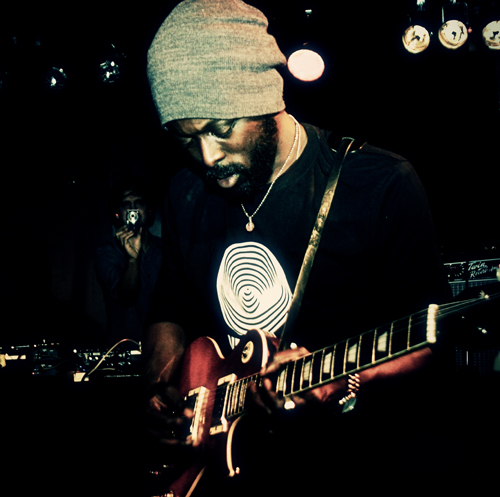 It was one of those last minute decisions – Madlib couldn’t make the Free Your Funk gig that he – along with myself, Karriem Riggins and J.Rocc – had agreed to. Denis, our loyal promoter, wouldn’t cancel the gig. What to do? Call Malcolm Catto and see if he could take the Eurostar from London to Paris on a moment’s notice. He brought along fellow Heliocentrics Jake Ferguson (bass) and Adey Owasu (guitar) and stole the show in front of 650 rather frenzied Stones Throw fans. This less-than-ten-minute section of their one hour jam session doesn’t come close to capturing the vibe in the cramped quarters of La Bellevilloise that Saturday, 6th of December 2008. But it’s still pretty damn cool.

Check out the Heliocentrics (as a trio) live at Free Your Funk Heliocentrics: “Live In Paris, December 2008.”

Check out photos from the night here.