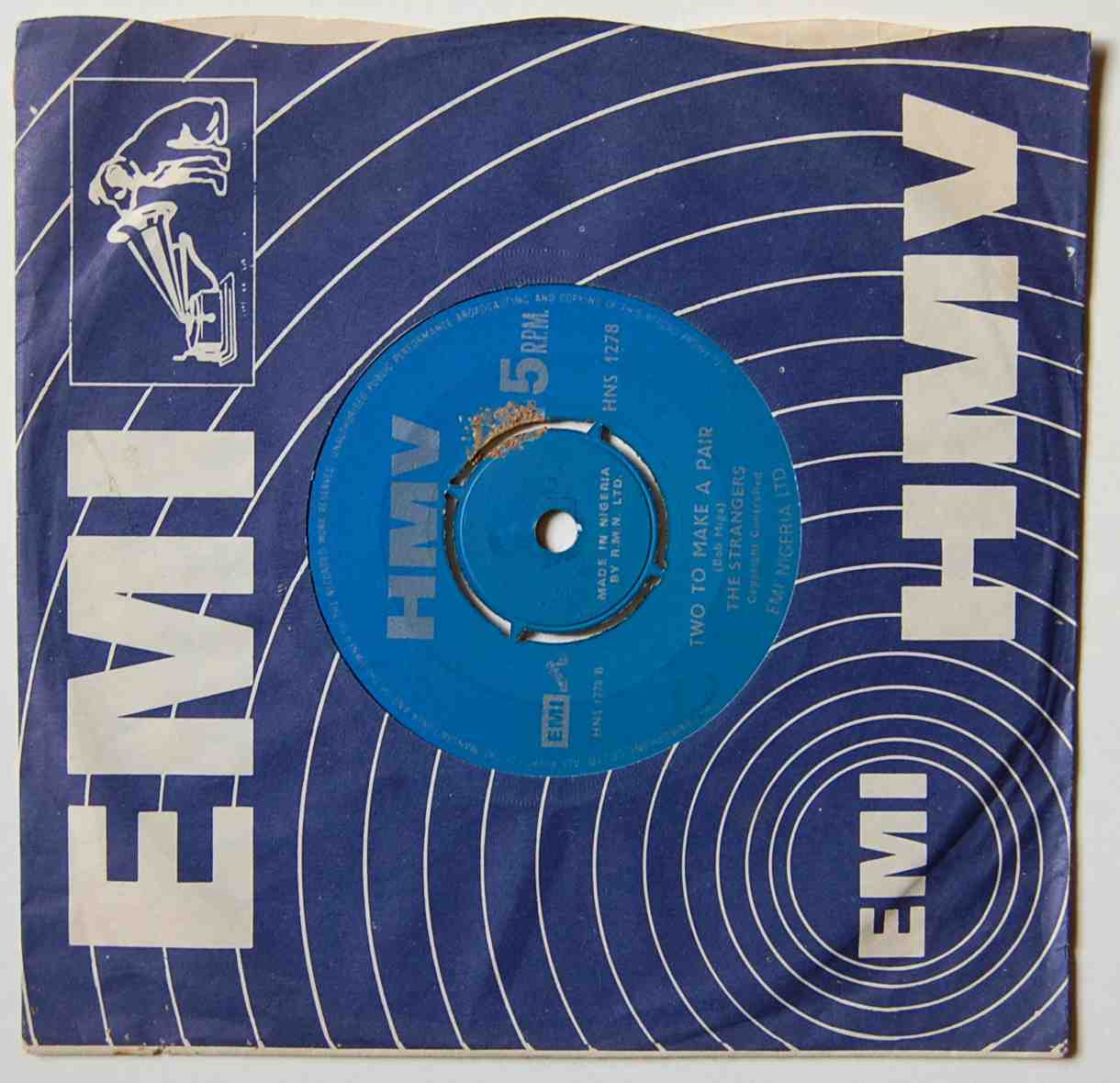 If you’ve seen the tag line for our Forge Your Own Chains comp and wondered what East Nigerian Fuzz sounded like, you didn’t have to go further than our Records Pick section to check out a shining example of the sub-genre by Nigerian high school phenoms, Ofege.

The Strangers – an older, more experienced organization – offered a more world-weary, dark take on the psychedelic funk sound. Their ballad “Two To Make A Pair” – which you can listen to here – is a winning example of the sound that leapt out of East Nigeria after the January 1970 armistice in the Nigerian Civil War.

Now-Again affiliate Uchenna Ikonne recently completed the license for this track with The Strangers’ guitarist, Ani Hoffnar. In future posts, we’ll tell you about the Nigerian Psych Funk comp that we’re working on with Ikonne and New Zealand psych zealot Heavyfuzz.

Here’s an excerpt from Egon’s Forge Your Own Chains liner notes – The Strangers’ story.

The Strangers, founded and lead by organist Bob Miga, were one of the many funk-rock ensembles to spring out of the Biafran region of Nigeria the January 15, 1970 armistice in the Civil War between the Nigerian Army and Biafran secessionists. As Miles Cleret writes in his liner notes to the Nigeria Special compilations, “When the war had commenced in 1967, the world was witnessing a musical evolution… in January of 1970, with peace finally in the air, Nigeria had its chance to really capitalize on that revolution.”

A musicians living in post-war Biafra could make a decent living playing for the Nigerian Army soldiers who carried with them Nigerian Pounds, the currency that quickly eclipsed the short-lived Biafran Pounds. Bands such as The Funkees, The Apostles, BLO and Ofege were some of many influenced by British bands like The Beatles and Cream and by American acts on Motown and its subsidiary labels, such as the rock imprint named for its principal band, Rare Earth.

The Strangers released at least three singles on HMV. Most, like “Two To Make A Pair,” are sung in English, but some, including the superb “Onye Ije,” are sung in the band’s native Igbo language. All feature insistent, funky drums, fuzz guitar and Miga’s ever present organ. The band, like many of their Biafran compatriots, never released an album and disappeared from the scene in a short time. Guitarist Ani Hoffner hijacked band members to form the One World funk band and Bob Miga went on to lead the psychedelic ensemble The Hykkers.