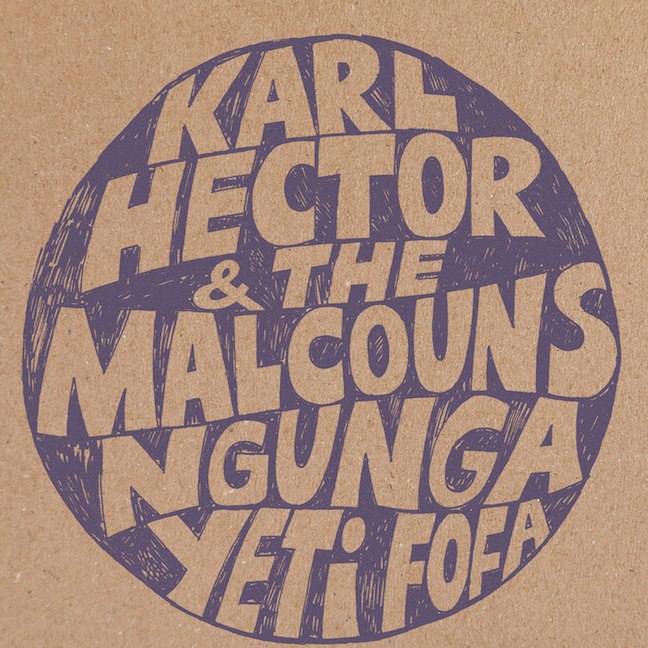 For all intents and purposes, Karl Hector might as well be another nom-de-plume of Jay Whitefield (producer and guitarist for the Poets of Rhythm and the Whitefield Brothers) who, along with Thomas Myland and Zdenko Curlija, founded Karl Hector and The Malcouns in the early 2000s. Alongside Bo Baral, other members of the Poets of Rhythm and crack Munich-based session musicians, Whitefield, Myland and Curlija crafted nearly twenty tracks for their debut, Sahara Swing, an album that swung with influences from across the African diaspora.

The trio are releasing a series of vinyl-only EPs – Tamanrasset was the first; Ngunga Yeti Fofa is the second – that will culminate in their second album. Ngunga Yeti Fofa’s five songs demonstrate The Malcouns’ deft handling of musics from both Eastern and Western Africa alongside Western psychedelia, jazz and funk; the title track- a swinging horn-lead highlife jam that would sound perfect next to the Ghanaian classics by the likes of K.Frimpong and Ebo Taylor- is a great representation. If you don’t believe us, download it for free, below.