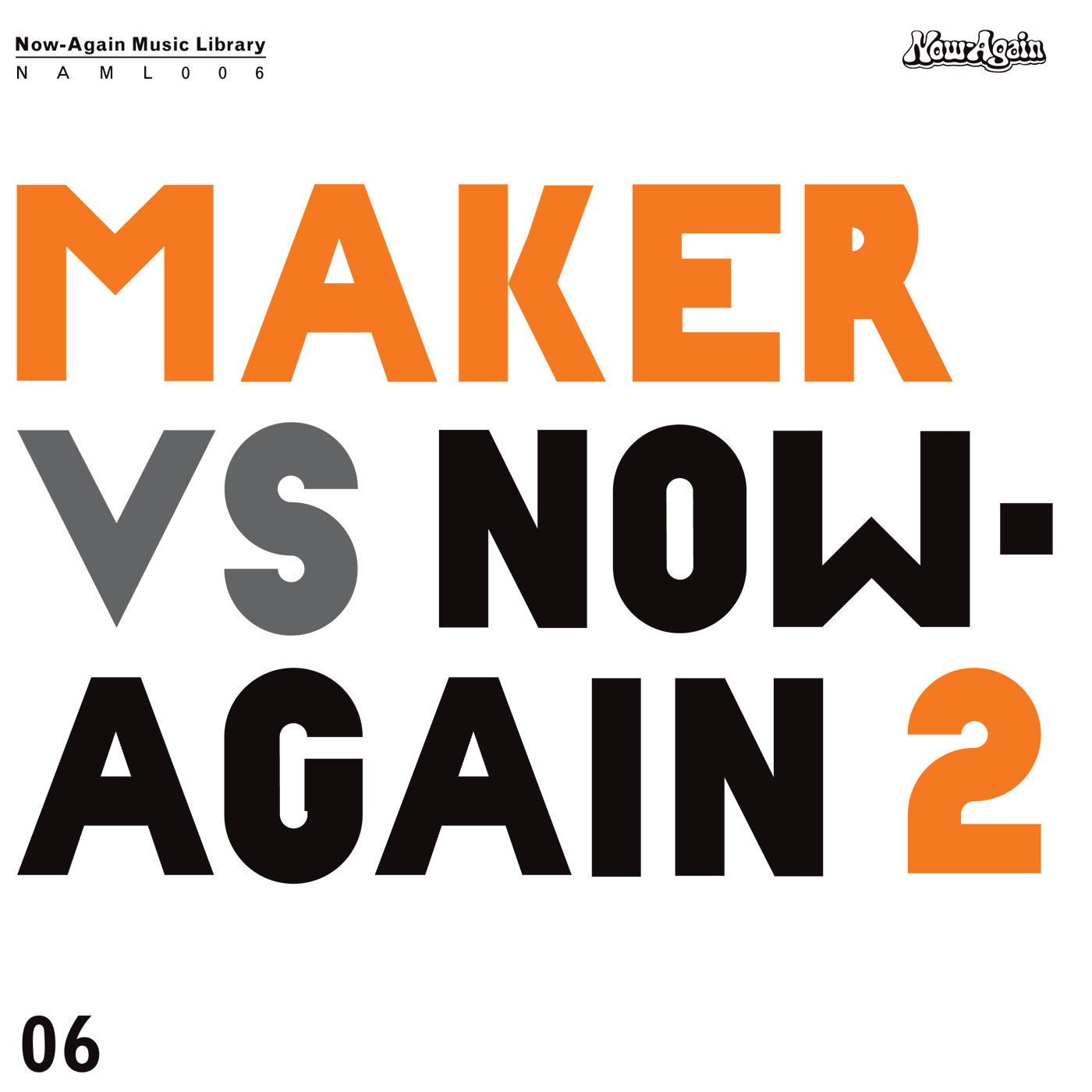 After tracks from Maker Vs. Now Again were used in Entourage, CSI and a series of feature films and documentaries, Maker went back to the lab and created V.2, another boom-bap era hip hop exercise in dusty drum breaks and two bar loops. Again, this accessible series of tracks is clearly made for easy synchronization – but it knocks even harder than the first.

For that reason, we’re making this limited edition (1000 copies manufactured) CD available: after a limited pre-release in Japan, we’ve now rolled it out worldwide. While there are no plans to make a vinyl album at this time, subscribers at Now-Again Deluxe received this album on October 9th. If you subscribe now, it’s one of the three albums you receive in your opening volley. Nice!

Below, we’re offering one of our favorite tracks from the album – a reworking of Atomic Forest co-founder Madhukar Dhas’s “Booboo Lullaby” from our Atomic Forest anthology. “The world is going crazy:” indeed.