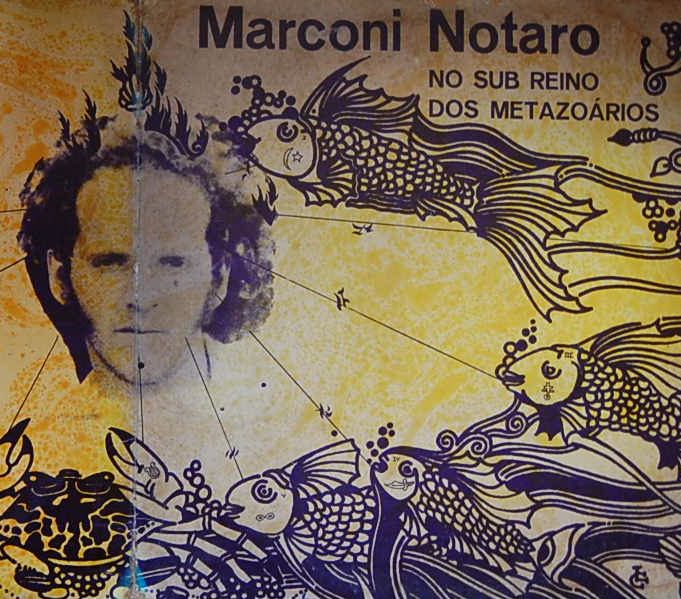 With all of those who started shouting “private press only” after Shadow named an album after those American self-starters who took their recorded destiny into their own hands, consider this: as hard as it might have been to record, press and distribute your very own wax capsule in America in the early ’70s (and as rare, and good, many of them are), doing the same under Brasil’s military dictatorship was markedly more difficult. And releasing a psychedelic, fuzz and effects drenched opus with revolutionary musings disguised within double entendres? Next to impossible.

You’d want this one in your collection if it contained just one good track within its beautifully packaged gatefold cover. That this album screams perfection from start to finish just adds to its legendary status. The brainchild of poet Márconi Notaro, alongside his friends and compatriots Lula Cortes and Ze Ramalho (the men behind perhaps the most legendary of Brasil’s private-pressed albums, 1975’s awesome Paebiru), this album contains what can only be described as Brasilian ragas played with the Portuguese guitar and Lula’s own invention, the Tricordio; improvised passages so fluid you’d swear they were scored; psychedelic-funk jams about staying true to one’s origins; and, throughout, Notaro’s complex yet approachable poetry, sung by the poet himself.

The highlight of the album, if there is just one: Notaro’s improvised “Nao Tenho Imaginacao Pra Mudar De Mulher (I Don’t Have The Imagination to Change Wives),” a gorgeously melancholic piece that, when one sees it transcribed (gotta thank my lovely girlfriend for that), is nearly impossible to imagine as having flowed directly from the mind of one of the most underrated Brasilian poet/composers.

(Time-Lag Records, based in Portland, Maine, just reissued this album through Lula and Notaro’s daughter. Pick it up and support – if we’re lucky, perhaps they’ll reissue one of his impossibly rare books of poetry next).