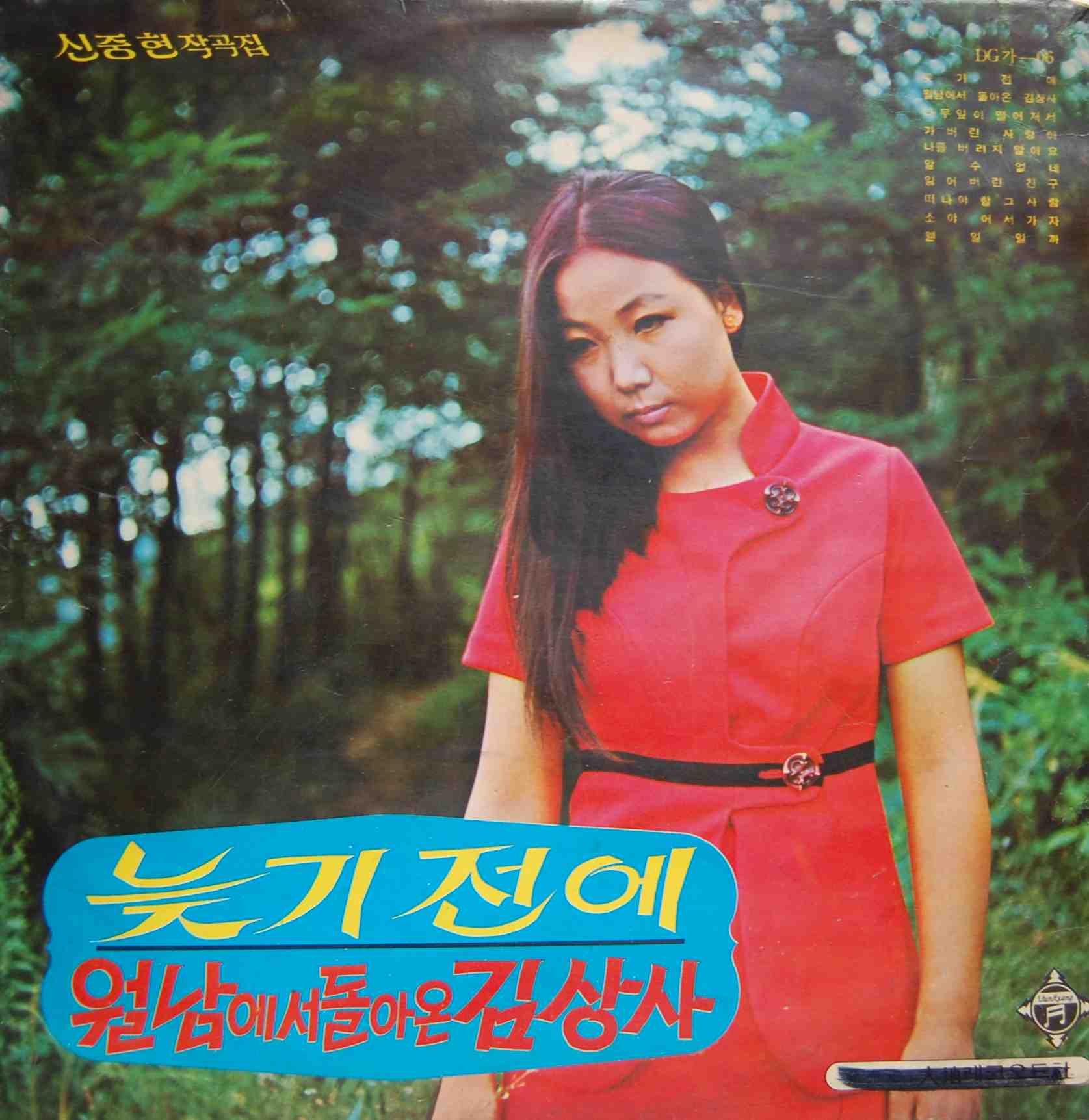 Listen: “The Man Who Must Leave”.

Originally sung by the Pearl Sisters in 1968, this song roughly translates as “The Man Who Must Leave” and owes everything to the fierce guitarist featured on the intro and outro of his self-penned song. That would be the legendary Shin Jung Hyun, who is commonly referred to as the Godfather of Korean rock n’ roll, and is often compared to Elvis. But that really doesn’t do him justice. Sure, he might have been as popular as Elvis in South Korea. But to put Jung Hyun’s career arc in a context that the Westerner might understand, imagine if Elvis maintained the fire he first displayed on Sam Phillips’ recordings, then morphed into a Dick Dale style surf-guitarist before delving head long into psychedelia, with axe-shredding talents akin to Jimi Hendrix (ok, I’m stretching a bit there) and the song-writing ability of Brian Wilson (ok, I’m stretching again, but not by much). And imagine if he had found the time to write, arrange and produce dozens of protégés who would follow him down whatever crazy path he chose to take them.

This album, like many that Jung Hyun produced, is not about the woman featured on the cover. It would seem like he had a deal with every Korean label that wished to record him: I’ll do whatever you want on the A-side if you give me the B-side to freak out a little something with my homies. Thus, Kim Sun and So Yoon Seok (who dominates the B-side of this album), get the royal treatment and they elevate what would have been a throwaway pop record into the realm of psychedelic goodness.

More on Jung Hyun in later posts. There’s just too much to say about him to put it all into the review of one song. But we’ll put this out there now. Like many Korean records from the late 60s, this record has numerous pressings, all very difficult to differentiate. So be careful if you find a copy for less than you’d expect to pay, as it might be a third (or fifth?) generation reproduction.