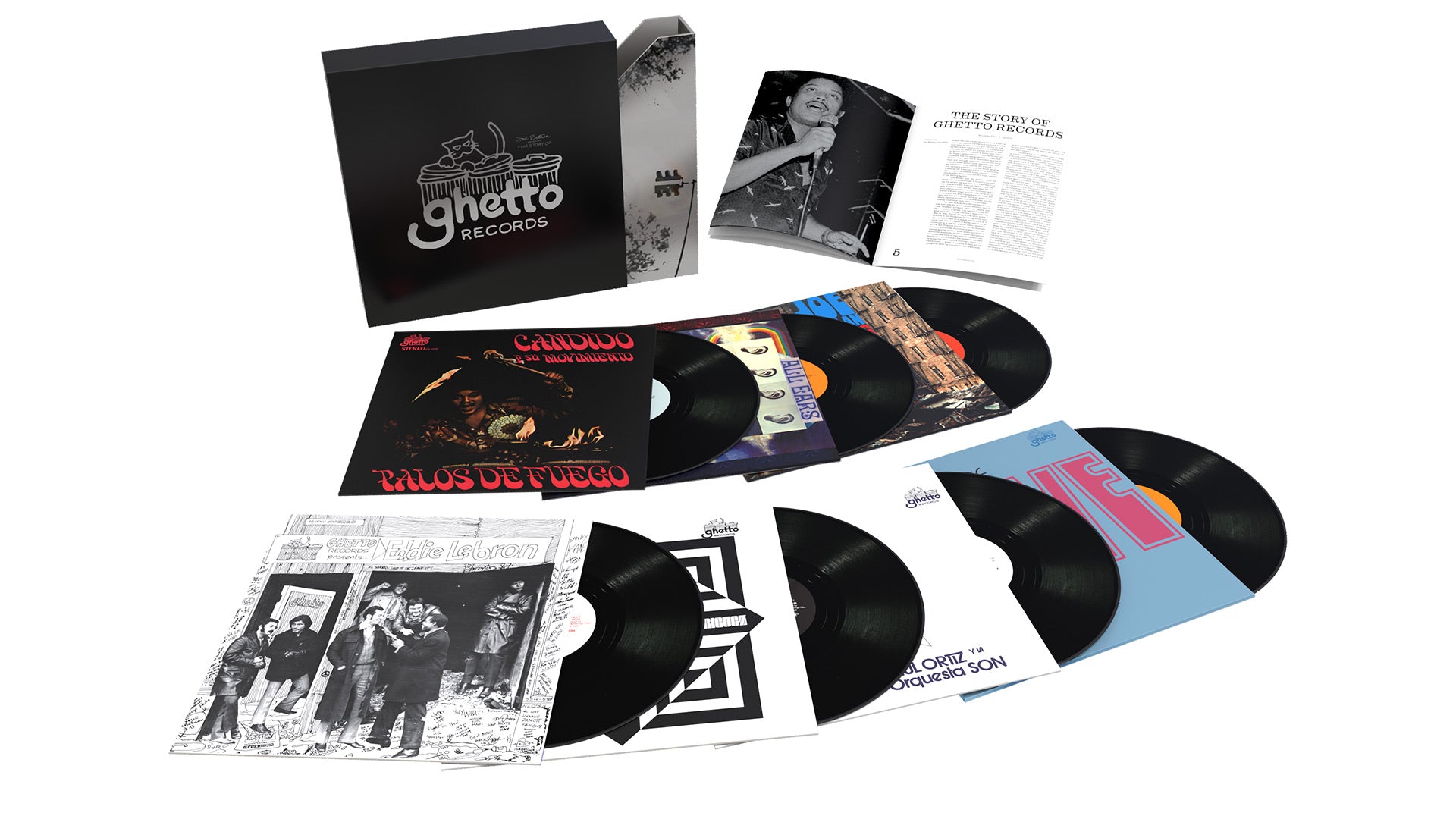 BUY NOW AT RAPPCATS » THE STORY OF GHETTO RECORDS

The Story of Ghetto Records is an an exclusive, limited-edition vinyl box set featuring seven revered, and rarely heard gems of Latin jazz, deep soul, raucous boogaloo, and heavy salsa. Produced in collaboration with Vinyl Me, Please, The Story of Ghetto Records takes listeners on an immersive experience through the brief but bright story of a groundbreaking Latin music label.

“There’s a reason that it took nearly half a century for Joe Bataan to allow these records to be issued again – his label was born out of rebellion and frustration with the music industry. He refused to be burned a second time,” says Eothen “Egon” Alapatt, Now-Again’s founder and president. “It took years to gain his trust, and I knew I would finally earn it – because I, too, wanted to know the true Story of Ghetto Records.” The Anthology is accompanied by an extensive Listening Notes booklet, as well as a podcast series hosted by Pablo E. Yglesia, which will serve as a definitive guide to each album, set against the backdrop of stories from the artists’ lives. Ghetto Records’ master tapes were largely lost in the chaos of the label’s closure in the mid-70s. Alapatt and Yglesias sourced the cleanest copies of rare original vinyl, which mastering engineer Jason Bitner spliced, restored, and remastered. The exception was the Paul Ortiz album Los Que Son whose master tapes Bataan zealously guarded over the years, and which was cut in an all-analog transfer. The never-before-heard Bataan songs on Drug Story were found on a master tape in Spain decades after Bataan thought he had lost it forever.

Lacquers for all titles (except for Drug Story) were cut by Bernie Grundman at Bernie Grundman Mastering. All seven titles are pressed on exclusive 180g black vinyl at GZ.