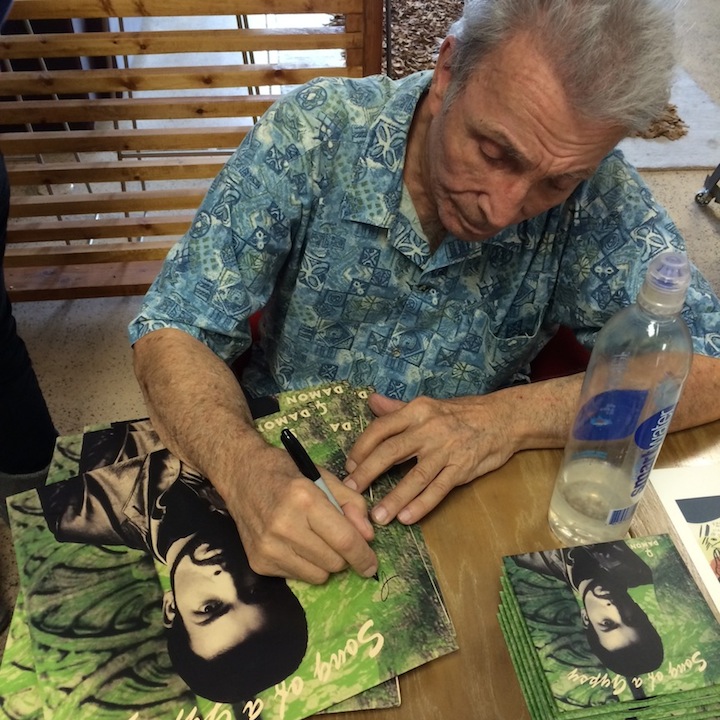 Yesterday, the Now-Again offices were filled with sound and camera technicians, as filmmaker Andrew Gura interviewed Damon for a short film he’s producing around the landmark Song of a Gypsy album, which we reissued last year. We took the opportunity to get Damon to sign five copies of each format of our expanded reissue, and we’ll be holding a contest at Now-Again Deluxe. Starting tomorrow, ten subscribers who answer five Damon-related questions correctly will win a most-amazing keepsake. We run contests like this at Now-Again Deluxe periodically – the last time we did this, five winners received WITCH albums autographed by Emmanuel “Jagari” Chanda.

If you’ve been thinking of subscribing, now would be the time to do it!