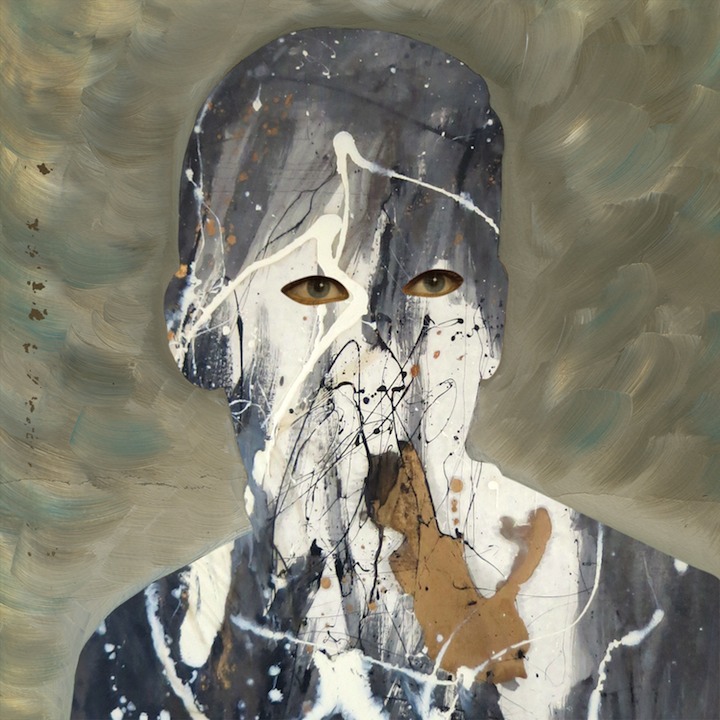 Out now – Restored/remastered transfer and never-before-heard demos. Extensive booklet contains dozens of unpublished photos and images and a thorough investigation into this exceedingly rare artifact. Download a free MP3 now!

Psychedelic rock record collectors have been repeating the name Heitkotter as if it were a mantra ever since the first copy of a hand-made demo LP turned up in a Los Angeles music publisher’s reject bin, with nothing more than that word scrawled across a plain white jacket.

The venerated record dealer Paul Major – he behind the “real people music” phenomena, and a wizard of deciphering lost and fuzzy sounds, capable of bringing them into a context that a lay-person might understand – lost a battle in his analysis of the LP in the early ’90s. His words still ring true today, as he calls Heitkotter a “banging garage downer LP from the twilight zone [with] wasted up-all-night vocal shrieks and mumblings… Totally fucked up sounding, drives me crazy within minutes.”

Now-Again Records embarked some years ago on what seemed like a fruitless crusade – to find out more about this Heitkotter, his music, his story. In the process, we’ve visited the house where this confounding album was recorded, found Heitkotter’s musicians, rescued the demo-recordings that paved the way for this album, uncovered unpublished photos and paintings by the man behind the album, and are now ready to present the definitive look into a musical vision equal parts dangerous and peaceful, nihilistic and optimistic. It’s safe to say the world has never heard something like Heitkotter – it is a unique piece of art unlike anything that came before or has come after it.

Stephen David Heitkotter was a Fresno, California kid who came of age in mid ’60s. He was the drummer for the Fresno garage wunderkinds the Road Runners, and even wrote a song for the band, ‘Pretty Me’, for one of their lauded 7-inch singles. Nobody really knows what happened after the band split up, victims – like many garage rock bands – of the Vietnam War draft.

Stephen never made it to Vietnam – some say his meeting with the draft board is when he first started showing signs of mental illness. He stayed in Fresno and became a bedraggled post hippie who left the Age of Aquarius defiantly proclaiming that he would become a singer, songwriter and visual artist: Black Orckid.

The bizarre LP known as Heitkotter – recorded in around 1971 and pressed in a run of less than twenty five copies – was culmination of his artistic career. Ross Dwelle, Stephen’s childhood friend and the drummer on the record, describes the bedroom sessions in a handsome Craftsman home in Old Fresno as this young trio “trying to play five songs written by a man losing his mind… probably stoned the whole time.”

Stephen’s schizophrenia worsened in the ’70s. Towards the end of the decade, his parents – loving yet exhausted – institutionalized Stephen, and he has been the State of California’s ward ever since. His older brother William – who licensed Heitkotter for release on Now-Again – still sees his Stephen once a month, but he never mentions Heitkotter or its legend to him – Stephen himself is incapable of fathoming it in context, and it might tear him away from the fragile rope that still moors him to this earthly reality.

Heitkotter, this time issued as Black Orckid, as we assume Stephen would have wanted it – is too complicated to be written off as a symptom of a greater ill, or lionized by a few (and dismissed by the majority) as “outsider” art. It’s a rare and vital look at 60s and 70s American rock through the sad story – and incredible music – of an untethered soul. And as we hope to show in enlightening more of Stephen’s backstory, it can also be considered sweet, kind and optimistic. The Heitkotter tale is cautionary, but Stephen’s music is as close to the sublime as American rock has ever ventured.

Heitkotter will be available to our subscribers at Now-Again Deluxe two weeks prior to the EP’s release date.