Prelúdio is the third album Now-Again Records has issued from the thrilling, young Brasilian guitarist Fabiano do Nascimento. Produced by Mario Caldato, Jr. and Luther Russell and engineered and mixed by Caldato and Jason Hiller, this album features do Nascimento’s longtime drummer Ricardo “Tiki” Pasillas.

It is the first album of solely do Nascimento’s own compositions and, like his previous albums Dança dos Tempos and Tempo dos Mestres, follows folkloric Brasilian music, Brasilian jazz, bossa-nova and samba as experienced through the mind and able fingers of an expansive musician, combing the heady ‘60s and ‘70s experimentalism of Hermeto Pascoal and Baden Powell with the childlike elegance of music played and passed down by native Brasilians for generations.

Do Nascimento was born into a musical family, from lineage that stretches back to his great-grand-father Ladario Teixeira, a blind saxophonist who contributed to the re-creation of the instrument by adding more keys to the older incarnation of the instrument in the early 20th century. He was born in Rio de Janeiro and grew up there and in Sao Paulo, where he found inspiration in his uncle, the late Lúcio Nascimento, bassist and composer in Leny Andrade’s band Bom de Três.

While he came from a musical pedigree, he’s largely self-taught, largely in the service of an overarching mission to showcase the folkloric music of his home country as he continue to develop possibilities for language of the guitar itself. His studies ramped up after he moved to Los Angeles in 2001. His first champion was Aloe Blacc, who worked with do Nascimento over the years, including his work on his debut album Shine Through for Stones Throw Records. His collaborators now include Madlib, multi-instrumentalist Sam Gandel, Innovative Leisure chanteuse Claude Fontaine and legendary Brasilian percussionist, bandleader, songwriter and catalyst Airto Moreira.

Moreiera states that Nascimento is “Brazilian but (his mind is) from a place in Brazil that is not common.” Fortunately, we still have some musicians who like to play music and who like to touch the instrument and who like that energy! You see, because that’s the most important thing in music. The energy. That’s why I love to play live. And that’s why I’m playing with Fabiano.”

Below, watch Nascimento’s tribute to the Baden Powell in “Tribute.” 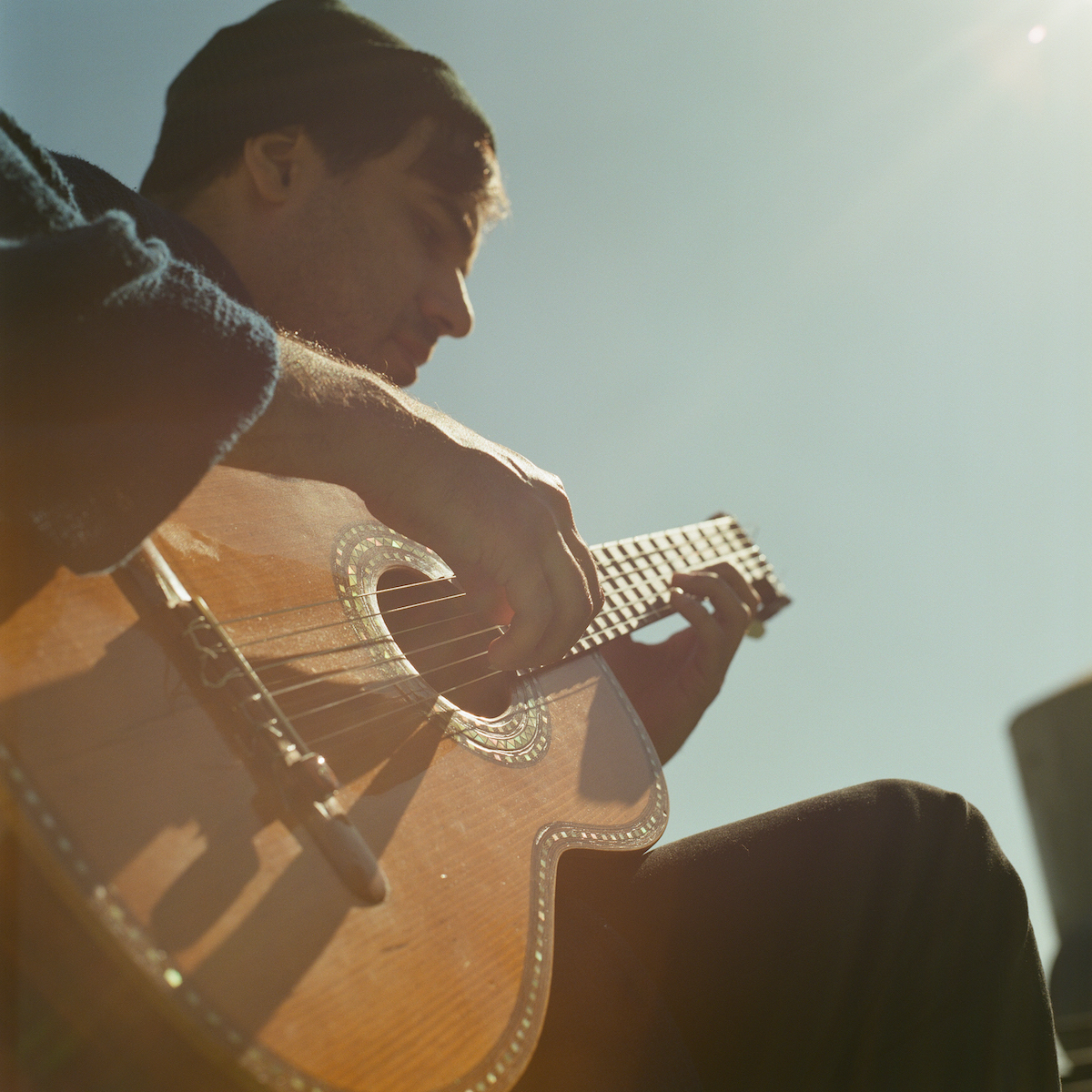