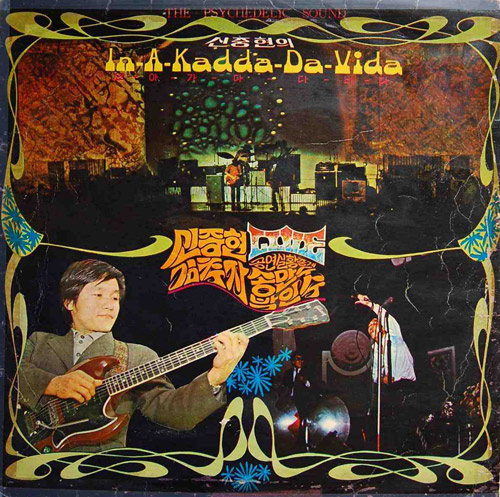 Shin Jung Hyun, commonly referred to as the Godfather of Korean rock n’ roll, is often compared to Elvis. But that really doesn’t do him justice. Sure, he might have been as popular as Elvis in South Korea. But he’s more like the David Axelrod/Brian Wilson/Jimi Hendrix of South Korea. During Seoul’s tumultuous late 60s and early 70s, he had found the time to write, arrange and produce dozens of protégés who would follow him down whatever crazy path he chose to take them