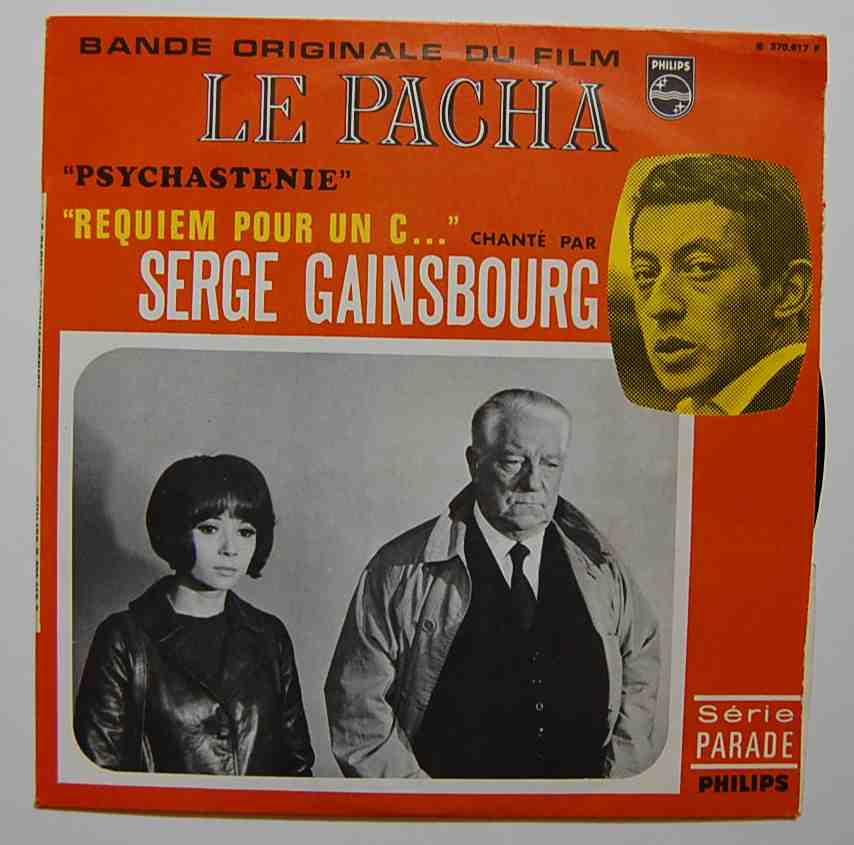 From the 7” OST to Le Pacha, a Jean Gabin film noir best known in America for the “impromptu” “Requeim Pour Un Con” music video contained within. After hearing about the scene for years, I finally tracked down a VHS copy of the film while in Paris in early 2001 and watched it at a friend’s flat in the Montemartre. The scene was worth the hassle. Serge, surrounded by his natty combo – including a potential witness to the murder of Gabin’s partner – steps up to the mic and, smoking his signature Gitanes cigarette, belts out this proto-rap number. Gabin and his cohorts gaze at Gainsbourg through the engineer’s double paned windows in the control room. His index finger is colored yellow as a mummy’s from his habit, he embellishes each pause with a calculated throw of his head, and, all the while, you get the sense that Gainsbourg realized just how important this throwaway scene was. “C’est bonne, Serge,” calls the engineer, at the end of the scene. “Voila.” Serge walks out of the recording room, and into the history books.