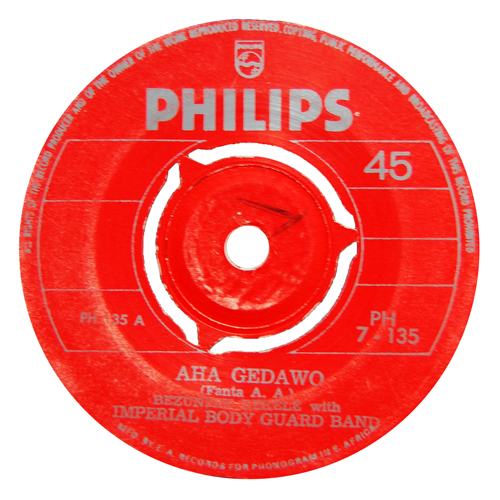 We record collectors of the hip hop generation first discovered the music of Ethiopia’s Mulatu Astatke in the early 1990s, when dealers at the legendary Roosevelt Hotel Record Convention in Manhattan peddled copies of Mulatu of Ethiopia, released on the small Worthy imprint, for princely sums due to its then unknown drum break, rife for the sampler. Those of us entranced by the other worldly sounds of the Ethiopian qenet system fused with Western funk and jazz, searched in vain for other albums that sounded like this masterpiece until Francois Falcetto released Ehiopiques Vol. 4 , a compilation of the two supremely rare albums Astatke released on the Ethiopian Amha label.

Through Falcettos series, Jim Jarmusch’s Broken Flowers movie (built around Astatke’s Amha recordings) and Astatke’s recent live appearances, many Westerners previously unfamiliar with the transfixing beauty of 70s Ethiopian fusion have opened their ears. But we’re still waiting for someone to compile releases from the small Kaifa label and Phillip’s Ethiopian subsidiary. We present a smattering of them here and hope that someone goes back and negotiates the release of these works.

Above – Menelik Wossenachew’s “Chereka,” written and arranged with Girma Beyene and released on Amha Records in the early 1970s.