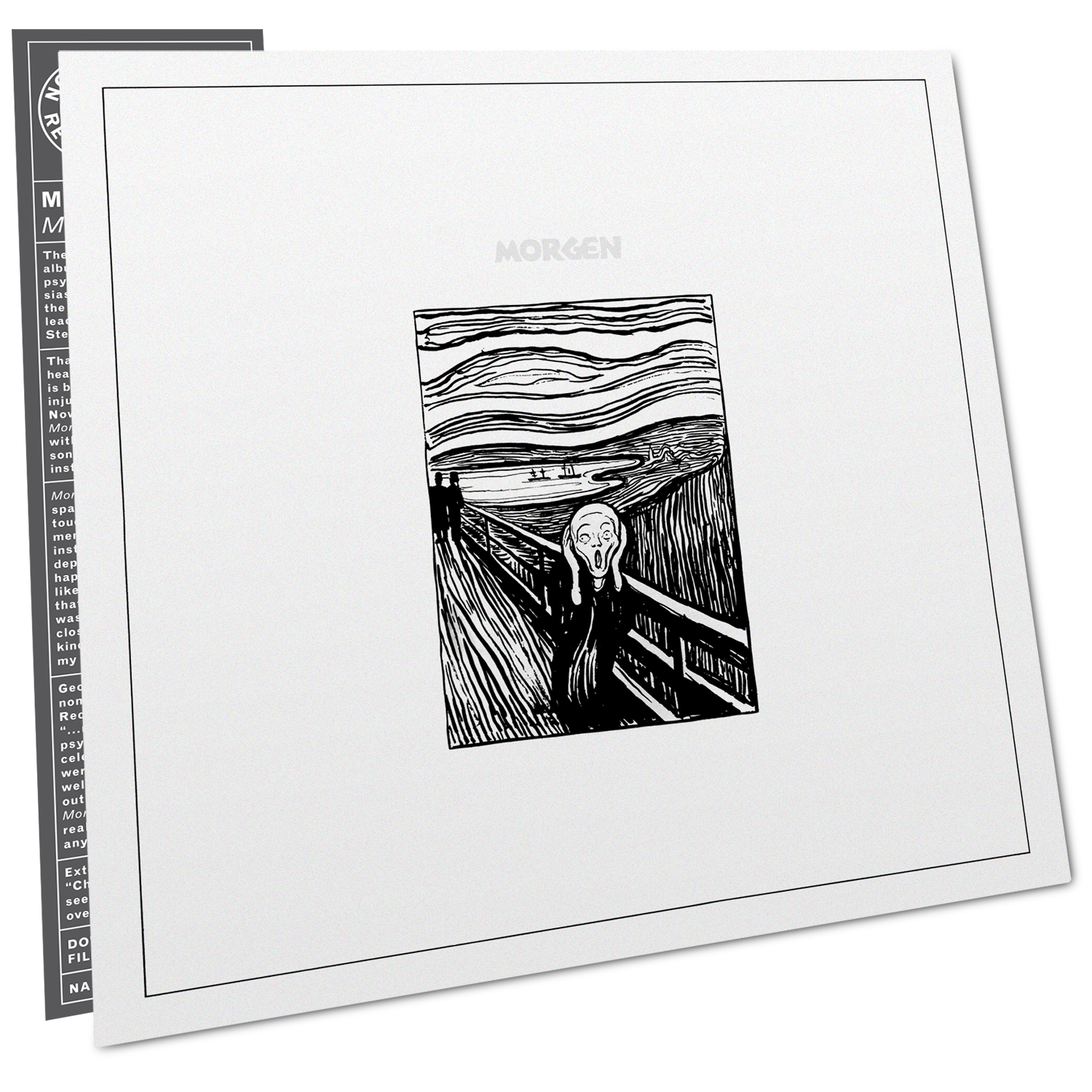 Morgen’s self-titled 1969 album is the sole release by the NYC band led by songwriter/vocalist Steve Morgen. Now-Again Reserve’s edition, pairing the album with previously-unreleased songs, alternate takes on 2LPs is the definitive reissue.

A 3rd bonus LP with instrumentals is available to Now-Again Reserve subscribers.

That casual listeners have never heard of this late 60s masterpiece is by any measure a musical injustice. Morgen offers a portal to a dream space where the expansive, artful touches never prevent the band members from pummeling their instruments like their lives depended on it. Paul Major, perhaps the first Morgen evangelist, likens the album’s immediacy to that of Hendrix, stating “Morgen was one of the records that came closest to giving me that same kind of thrill on that level. It blew my mind!”

Geoffrey Weiss, Now-Again’s nomination for World’s Greatest Record Collector, states “…unlike 95% of the rare psychedelic records that people celebrate it sounds like they were good musicians who were well rehearsed and had worked out this sound very intentionally. Morgen has a kind of power – you really can’t compare it to anything.”

The previously unreleased instrumental of “Welcome To The Void,” which is part of the Now-Again Reserve Edition of Morgen.

The band, and Morgen’s arc were – cribbing Kurt Vonnegut – unstuck in time. It 50 years for Steve Morgen’s belief, for instance, that an alternate, superior version of his stellar “Purple” was recorded in 1968. It sees release here, alongside other takes of songs from the album, including a version of “Beggin’ Your Pardon (Ms. Joan)” on which Morgen’s fiery guitarist Murray Shiffrin sings lead and songs the band recorded as possibilities for the album, before settling on their dense, hazy vision and etching an indelible entry into the psychedelic canon.

The third LP – available only to subscribers – contains newly mixed instrumentals of key album tracks, done under the supervision of Steve Morgen. Extensive liner notes by Jeff “Chairman” Mao, never-before seen photos and ephemera in an oversized book. Download card for WAV files for all vinyl tracks, as well as bonus tracks. 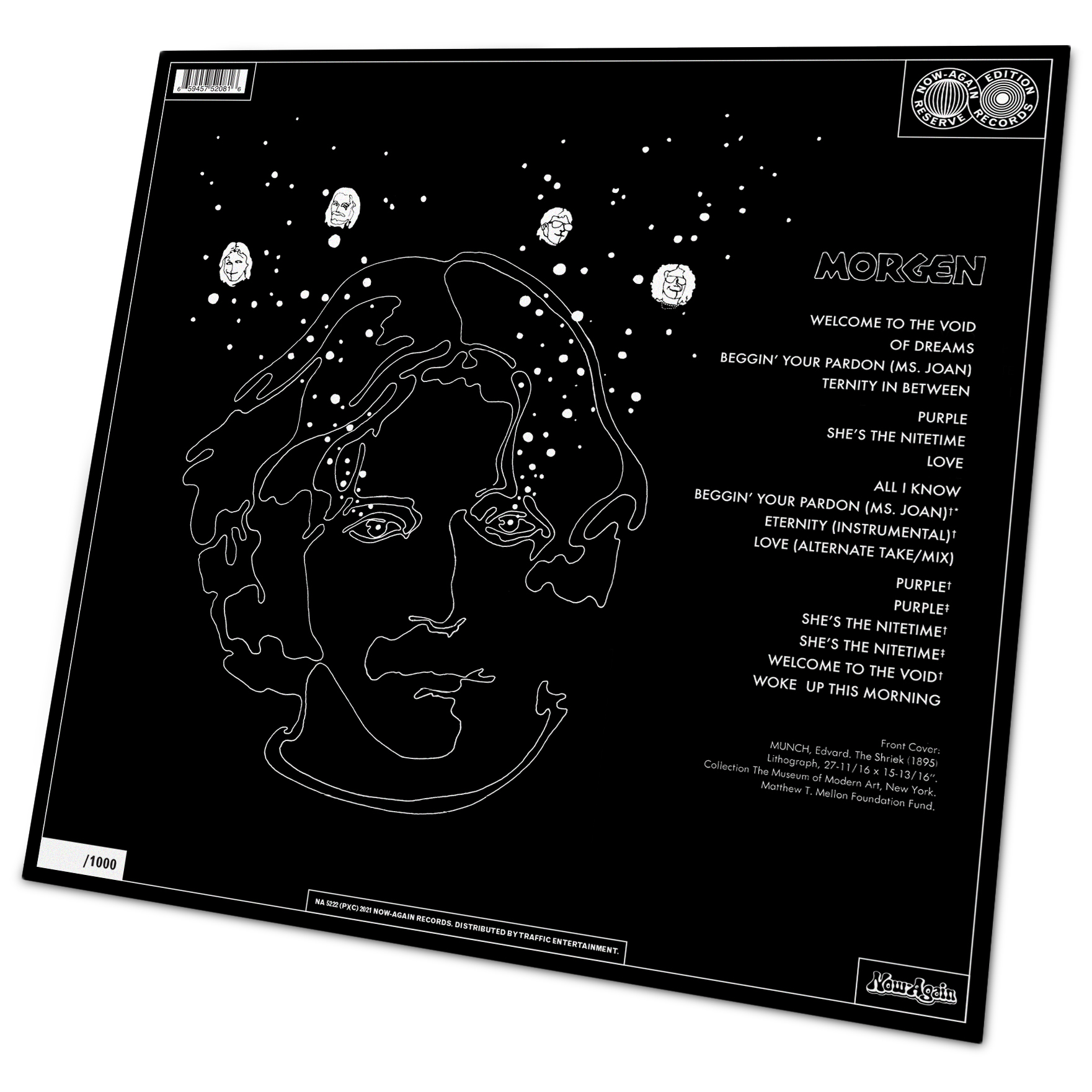 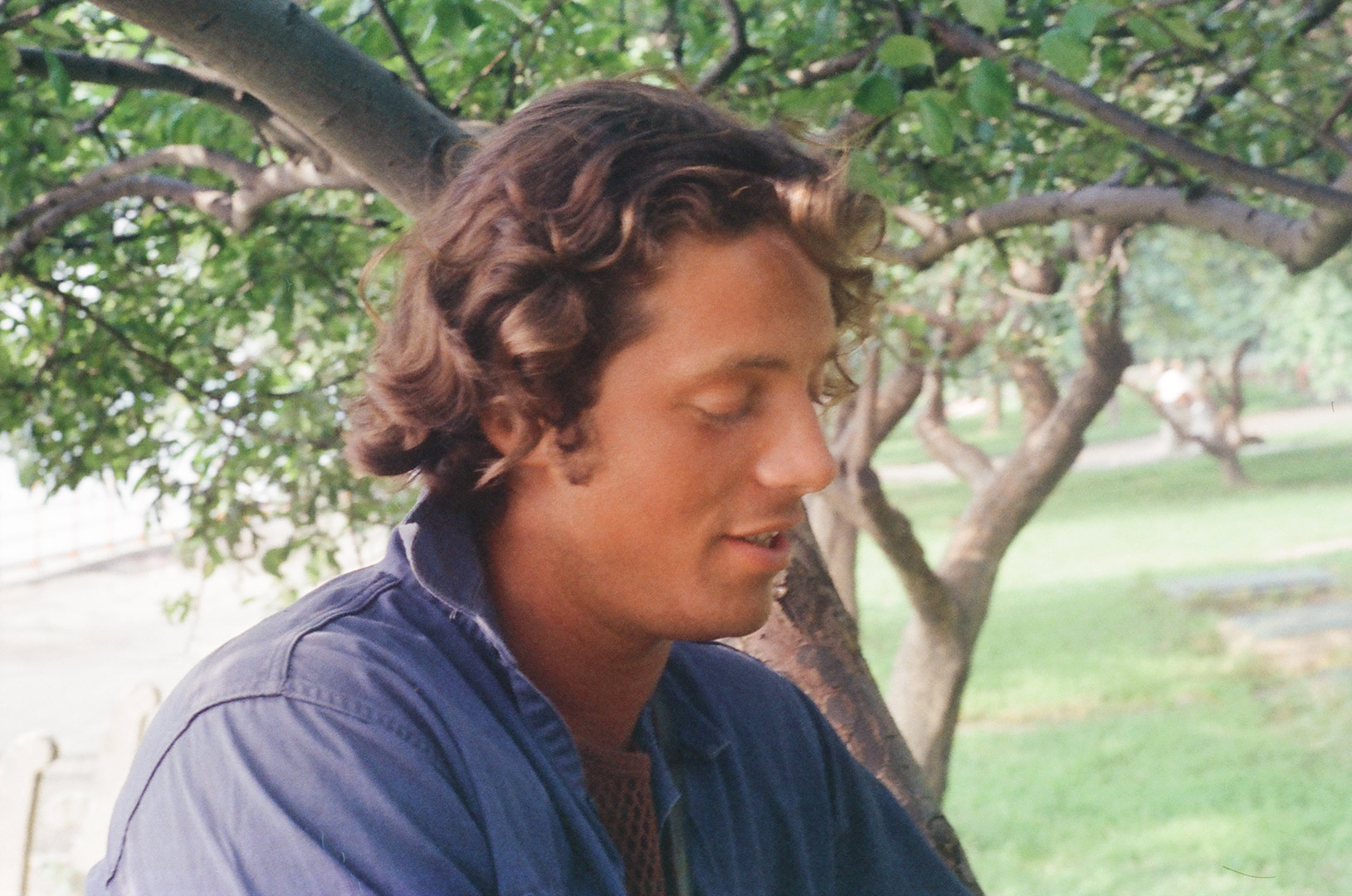 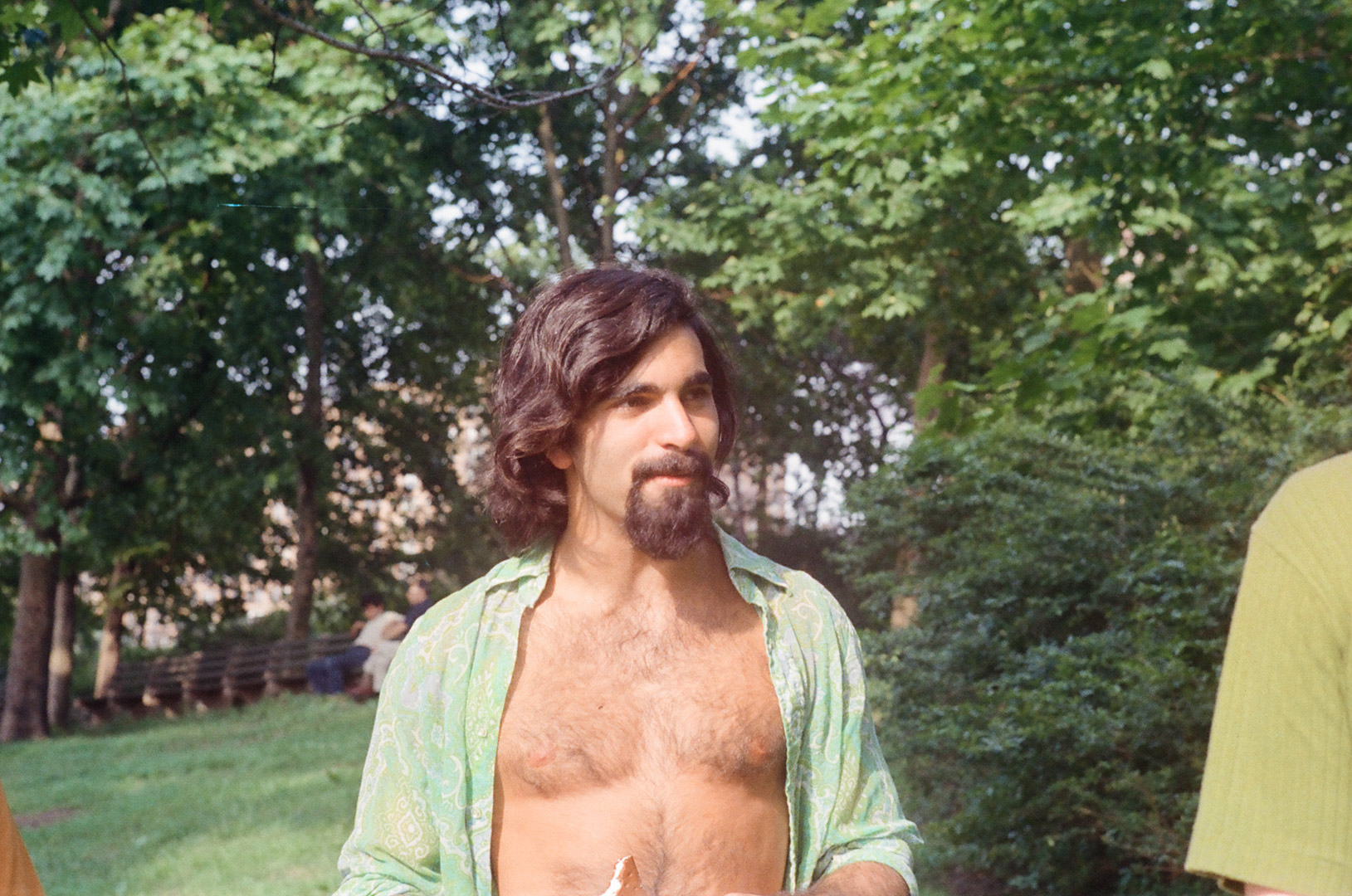 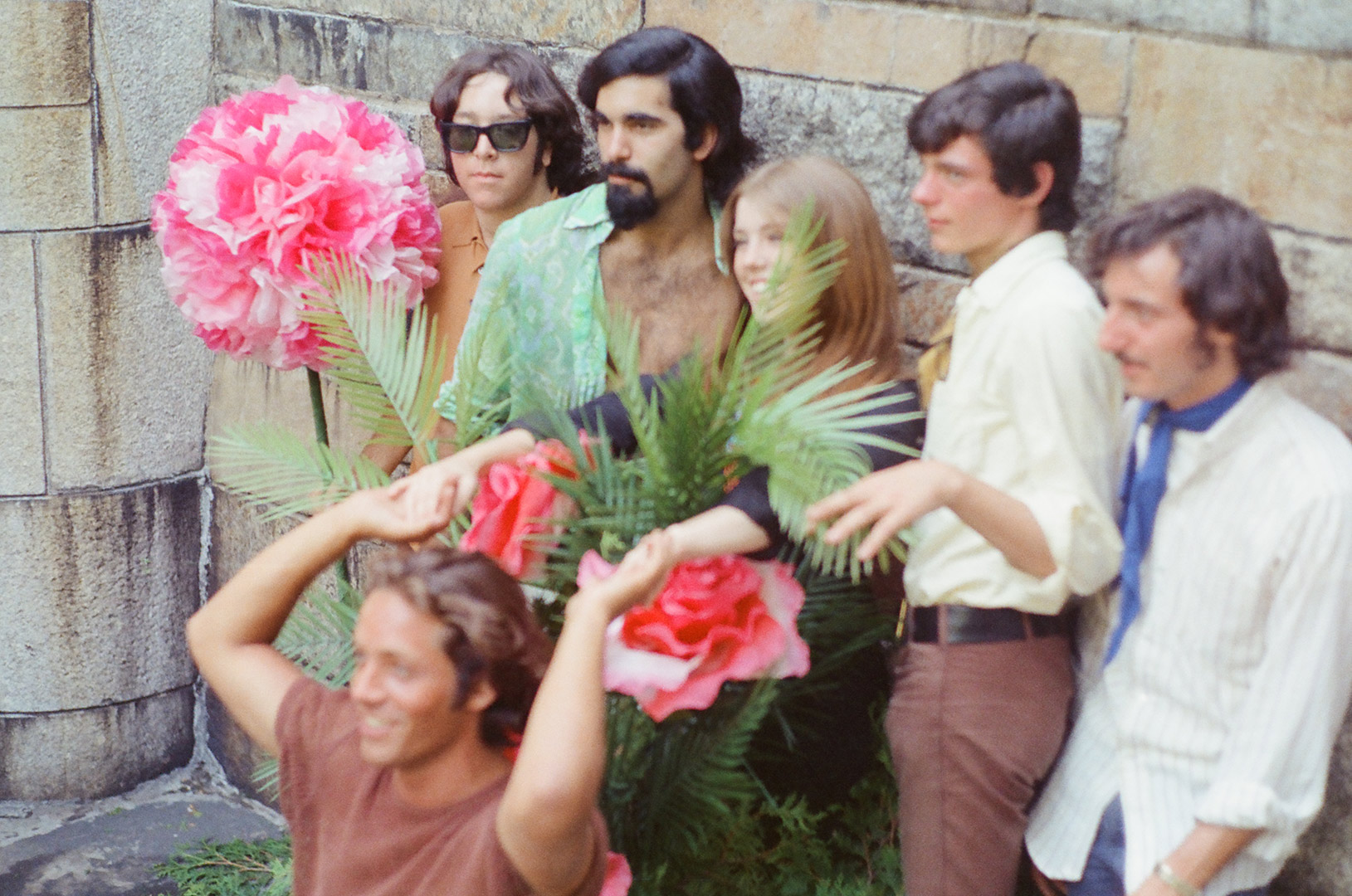