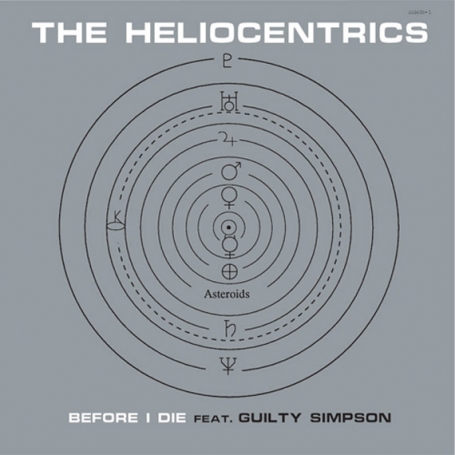 “Before I Die” – the first 12-inch single from The Heliocentrics’ Out There – pairs the band with Stones Throw Records all-star MC Guilty Simpson. Fans of both The Heliocentrics’ psychedelic, driving, raw funk and Guilty’s gritty, lyrical, full-grown hip-hop will appreciate this meeting of the minds on wax. The A-side features Guilty’s rap over an edit of “Before I Die,” as well as the instrumental edit and the album version of the song. The B-side features two exclusive, unreleased songs not on the album – “The Gorn” and “The Oracle.”