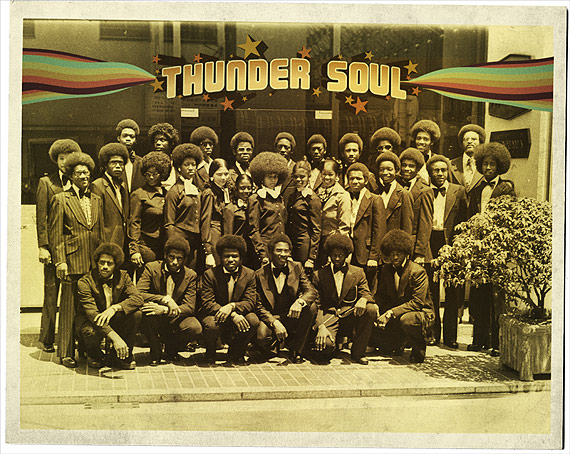 Inspired by our Texas Thundersoul anthology of the legendary Kashmere Stage Band, documentary film maker Mark Landsman obtained the rights to Conrad O. Johnson’s life story and directed the documentary Thunder Soul, a lovingly assembled history of Johnson, his band and the extraordinary reunion of Kashmere alumni from Houston’s storied high school when they returned to their school for the first time in 35 years to pay tribute to their beloved leader. Sadly, Johnson passed away in 2008, only a few days after this reunion.

The film premiered Sunday. It’s showing again, and the reunion-version of the Kashmere Stage Band will perform at the Austin Chronicle Film Party.