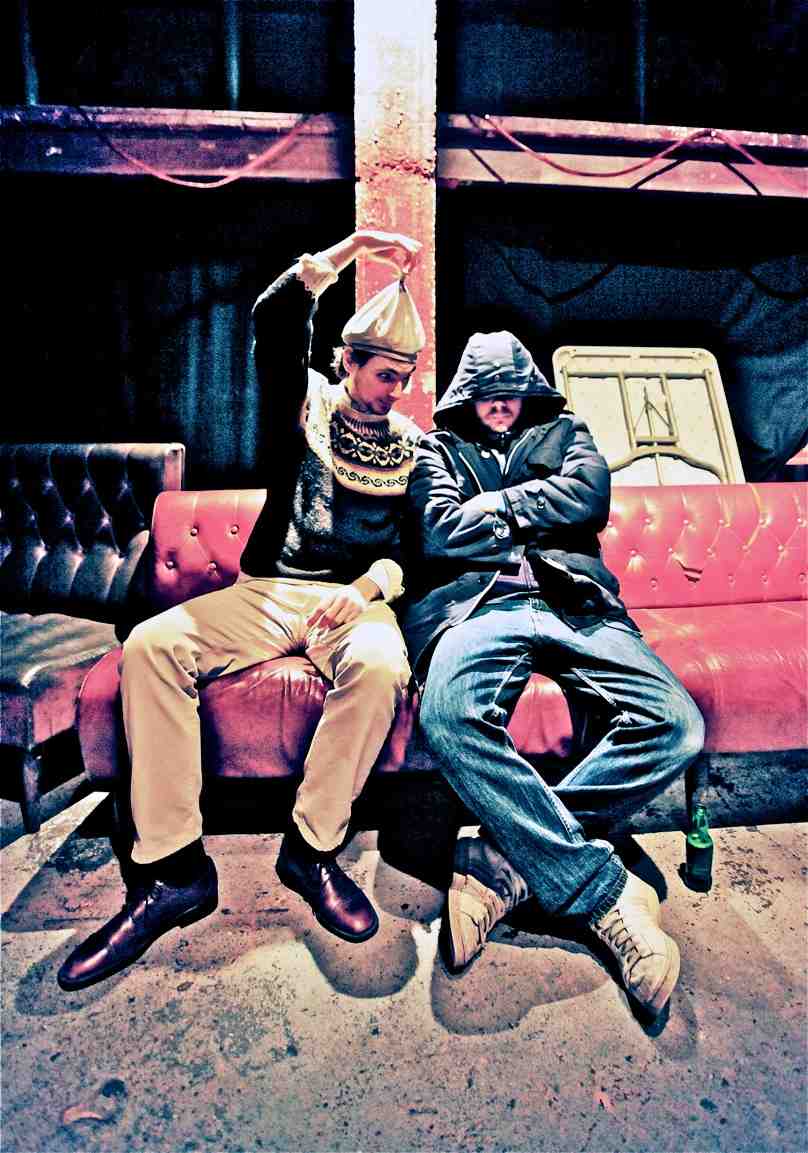 The Whitefield Brothers are in the midst of a European tour; last night they played at La Bellevilloise. We received a series of rave reviews from friends in the city. We hope to get some audio. At the very least, we’ll get some live shots from Now-Again’s official French photog, Mr. Mass, who snapped this photo of Max and Jan Whitefield (left and right) before the gig.