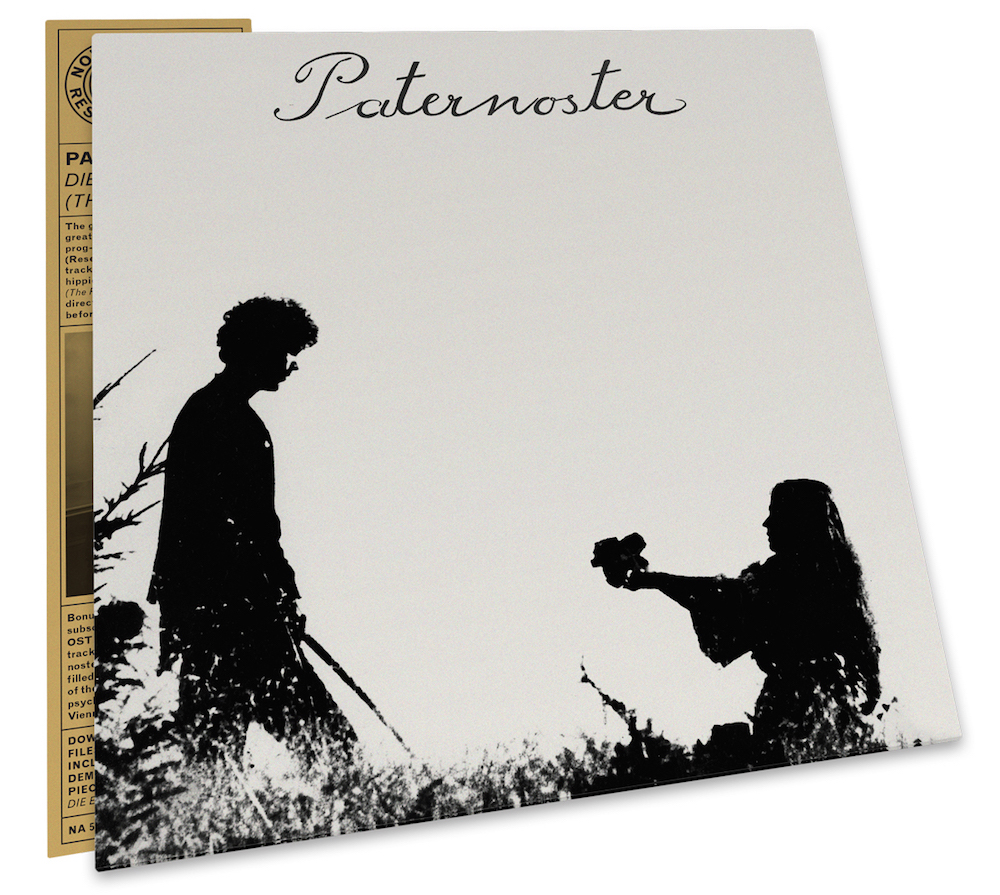 Paternoster are psych-rock legends – their self-titled album is one of the most sought after artifacts from the 70s rock underground, and one of the most expensive. Their story was told, for the first time, when Now-Again issued a deluxe version of Paternoster as the first album in the Reserve Edition subscription series. Now, their previously unreleased soundtrack to a silent Austrian film – the reason that they were signed, and given the means to produce their album – is released as an album. It contains sketches of songs that would be fleshed out on their debut, as well as music ranging from fuzz-guitar grooves that sound akin to the best of Italy’s 70s library music scene to pastoral folk to expansive prog. This album completes the Paternoster cycle, and gives psych-rock fans a new set of songs to celebrate.

Download card for WAV files with bonus tracks, including the band’s demos for their debut album, and the entire Die ersten Tage film. 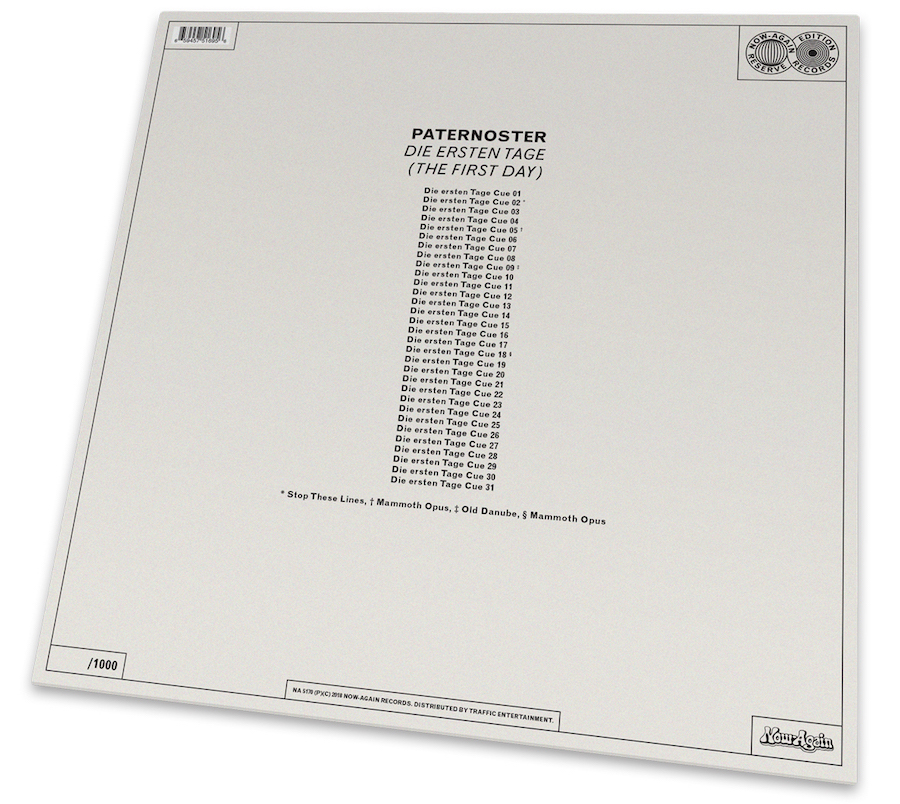