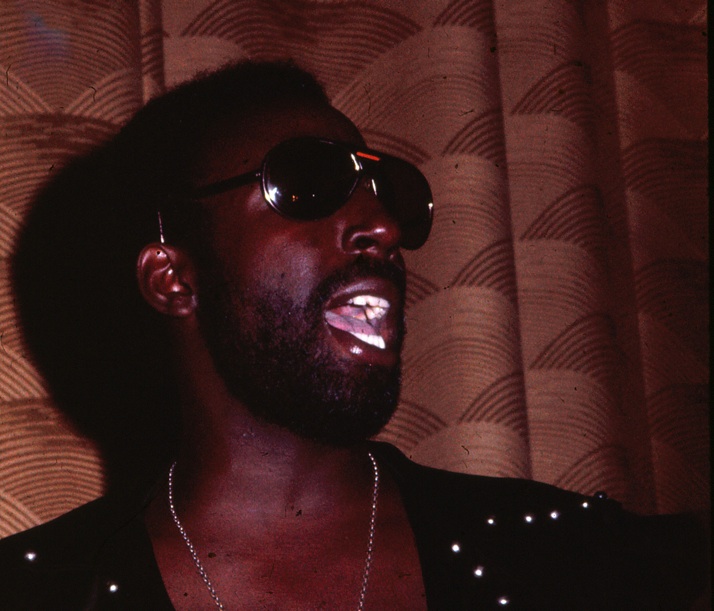 It’s with a heavy heart that we note the passing of Indianapolis born and bred funk and soul bassist and bandleader James Boone. Now-Again’s Egon first met Boone while researching the independently released soul and funk records that would form the basis of his Stones Throw Records anthology The Funky 16 Corners, first issued in 2001. Boone featured prominently on that album, from the title track by the Highlighters band to Spider Harrison’s “Beautiful Day” to “The Kick,” by his later outfit Rhythm Machine.

After Egon issued Rhythm Machine’s 7″ single “Brenda and Me/Put A Smile On Time” as an extended disco single on the Soul Cal series in 2003, he helped Traffic Entertainment Group reissue the Rhythm Machine’s self-titled 1976 album on Now-Again in 2004, from master tapes that Boone had maintained when he moved to Omaha, Nebraska in the late 70s. In 2012, Now-Again issued an expanded version of the album with bonus tracks that Boone recorded with the band in the late 70s before the band splintered following the death of member Maride Williams.

Though Boone had walked away from music following Williams’ passing – focusing instead on his Omaha publication Go Ahead Magazine, which he founded in the early 80s and maintained until his death, and his barbecue restaurant Alexander’s – he maintained a love and passion for real soul and funk, and immeasurably helped this label during over the past twelve years. We’re proud to have called James Boone our friend, are honored that he trusted us with his music and plan on never letting his legacy go silent. With that in mind, download one of our favorite Rhythm Machine tracks below.