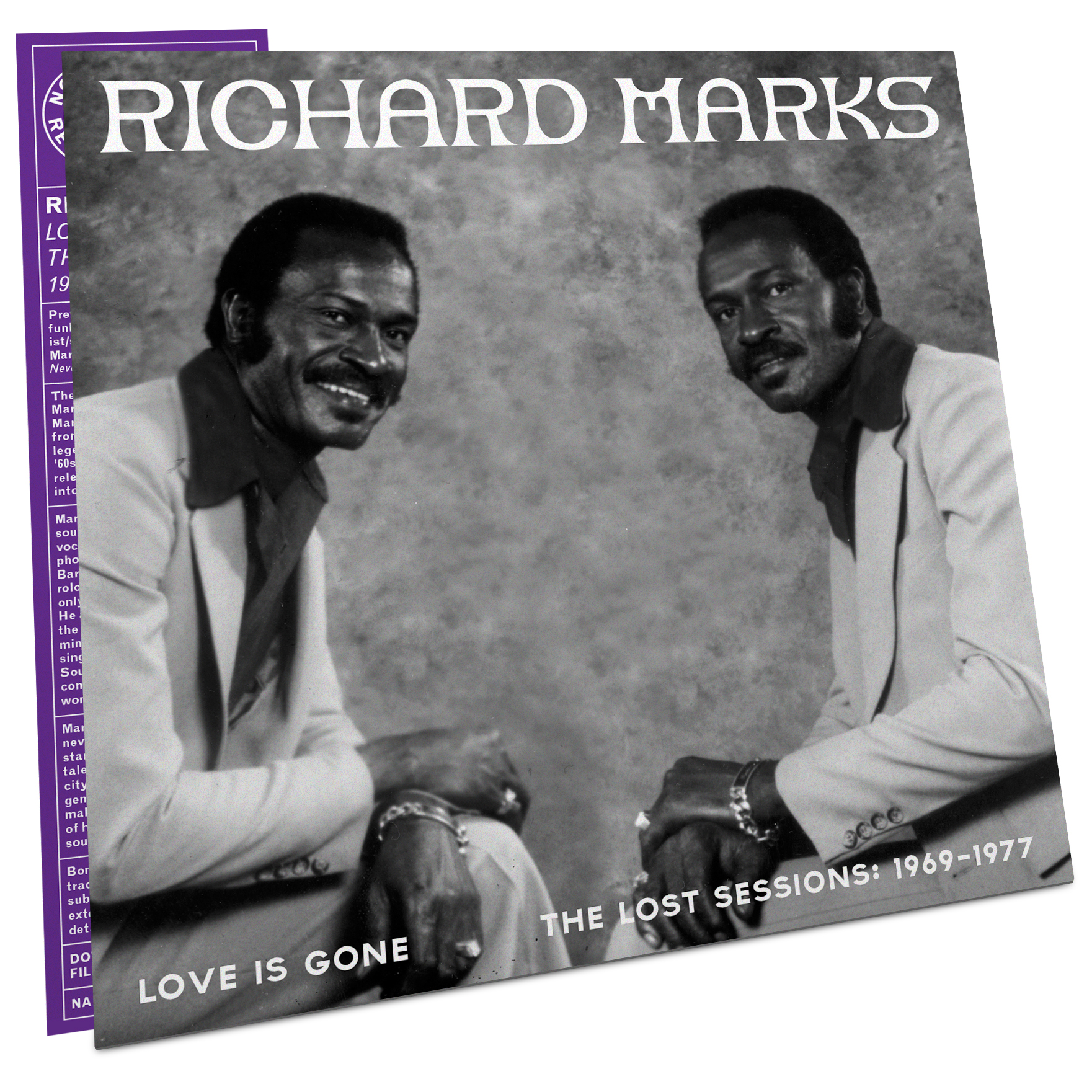 These songs, found on reels that Marks kept in his home, color Marks’ stylistic development – from his earliest work for the legendary Tuska label in the late ‘60s, through his more mature releases on smaller regional labels into the late ‘70s.

Marks’ story is that of an unsung soul and funk hero; he was a guitarist, vocalist and songwriter whose phone number was in Al Green’s, Barry White’s and Eddie Kendricks’ rolodexes, but his talents have only been heard in sporadic bursts. He and his music are unknown to the majority, but to an obsessive minority, he is a lightning rod: that singular point at which numerous Southern soul and funk musicians converged and exploded, spreading wondrous music in all directions.

Marks died of cancer in May 2006. His first album was our Never Satisfied anthology, released posthumously. He stands out as a most mysterious talent to originate from Atlanta, a city that birthed no shortage of genius, and Love Is Gone – The Lost Sessions 1969-1977 further makes the case for a reassessment of his talents and his place in the soul and funk canon.