On sale now at our web store at Rappcats: Function Underground – the Black and Brown American Rock Sound.

14 tracks by Jimi Macon, Black Maffia, Blacklites and more, many reissued for the first time. LP and CD with extensive booklet, filled with notes notes on an overlooked and important portion of rock n’ roll’s history. LP contains download card with WAV files.

Nearly everyone in the world can rattle off the great African-American musical forms. Jazz, blues, R&B, soul, hip-hop, house, gospel. One influential genre is always left off of the list: a folk music known as rock n’ roll. Rock n’ roll was a term originally coined to market the white-friendly version of a genre that already existed; prior to 1965, the line between rock n’ roll and R&B was thin: Ike Turner recorded and released “Rocket ‘88’ ” in 1951 and, while its Chess Records release reached number one on the Billboard R&B chart, it is regarded by many as the first rock n’ roll record.

The Great Divide between R&B and rock n’ roll came after the Beatles and the British Invasion decimated the Top 40 chart in 1964. Simultaneously, R&B entered a new phase, soon to be labeled “soul,” which upped the music’s gospel quotient and turned its frantic twang. So somewhere in the mid to late-1960s, rock n’ roll became perceived as something for the Caucasian kids. When Jimi Hendrix and Arthur Lee made the scene, they were said to be black musicians entering into a white world. While that couldn’t be farther from the truth, that false dichotomy has existed in America’s popular conscious ever since, to the point where the idea of a black rock musician is on the level with the idea of a black cowboy.

In the mid-1960s, funk replaced soul as the rhythm that was going to move the world. We know all its progenitor – James Brown, The Meters, Kool & The Gang – and their innovations: the syncopated, 4/4 dance between the bass and drums, horns repurposed as percussion, chicken-scratch and wah-wah guitar. We can trace where they came from. But there is one crucial funk influence that no one seems to want to acknowledge – a devil-may-care attitude we can attribute to rock n’ roll. It’s not a stretch to say that funk is the African-American answer to psychedelia and hard rock rolled into one.

The idea of “progressivism” that took over rock music after psychedelia’s heyday in the late 1960s belatedly spilled over to funk. In the early 1970s, as the underground/psychedelic fire burnt out in the white rock world, it roared to a blaze in the black musical community. Nearly every American city with a large black population boasted self-contained funk bands that didn’t consider themselves simply revues or backup groups, but rather fully-operational ensembles In these bands, everything from composing, arranging, record production and distribution, was handled in house by band members. These are the bands whose music comprises this anthology, and while they’re all different, they’re unique in one way: they kept their ears open for new developments in funk and rock music.

This anthology presents earnest questions as to why we know so little about these bands and the movement of which they were a part. While we don’t anticipate that we’ll ever find a definitive answer as to what these ensembles’ true goals were, then, we do know that they took their charges seriously. And they knew they were onto something different, something that, though only they and their immediate kin might recognize it, was more interesting than the status quo. Function Underground shines light on an important and overlooked part of rock n’ roll’s history and talented ensembles that toiled in the shadows, derided by their peers

‘Do you realize that Hendrix was dead before most black people in America knew he was a black man?” Ebony Rhythm Band drummer Matthew Watson questions rhetorically. “We was scorned. In that era, everybody else in the black community was wearing three-piece suits, processes and Afro wigs and that shit. We was the first guys to wear bell bottoms. The first guys to wear big hats. We were off into a whole other thing.” 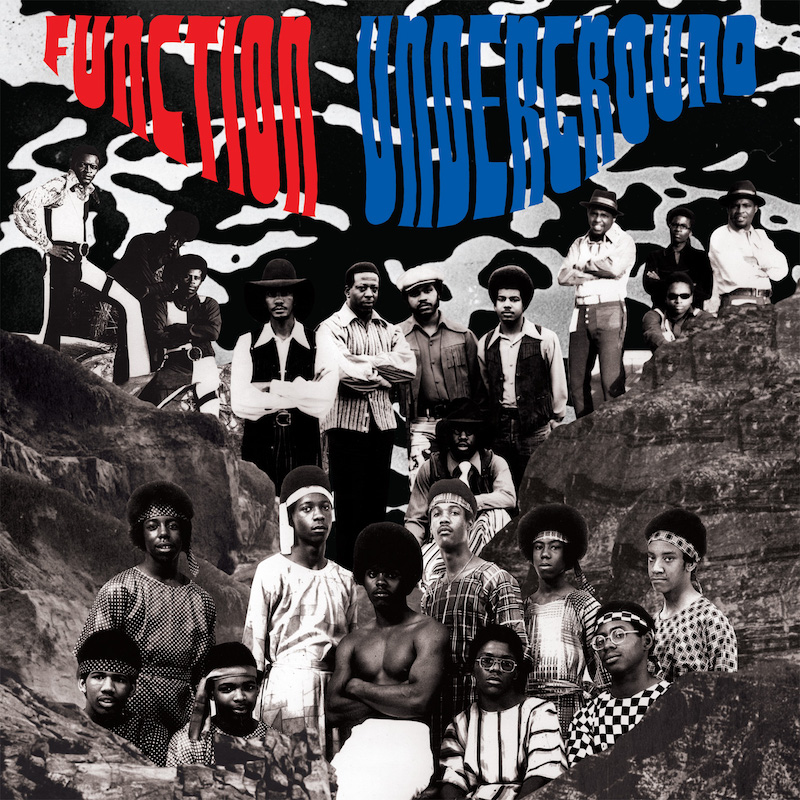