Hard Rock From The Pacific Northwest – Dennis The Fox 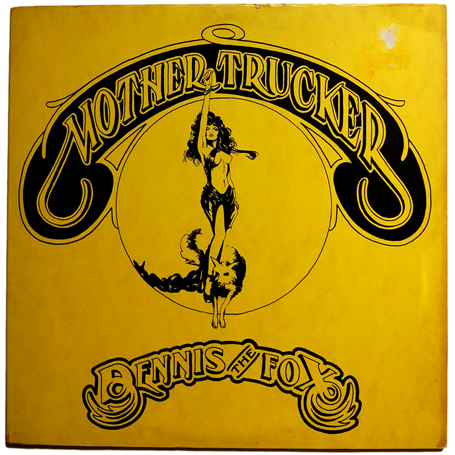 Listen to an example: “Pile Driver.”

Dennis Caldirola – aka Dennis The Fox – recorded and self-released his Mother Trucker album as a demo in Seattle, Washington in the early 1970s. It’s a demo – one made to attract attention at major record labels – so the sound on this album runs the gamut from hard rock to country rock, from soulful ballads to beat heavy funk. Atop each track Dennis The Fox croons like Elvis. And it works! As funk-expert Dante Carfagna once wrote about “Pile Driver” in an issue of Waxpoetics: ” ‘Pile Driver’s’ drums should come with a rebate against the $1000 you spent on your copy of Salt’s ‘Hung Up.'” A back-handed compliment? We think not. Now-Again is happy to represent both master and publishing for Dennis The Fox’s quirky masterwork.