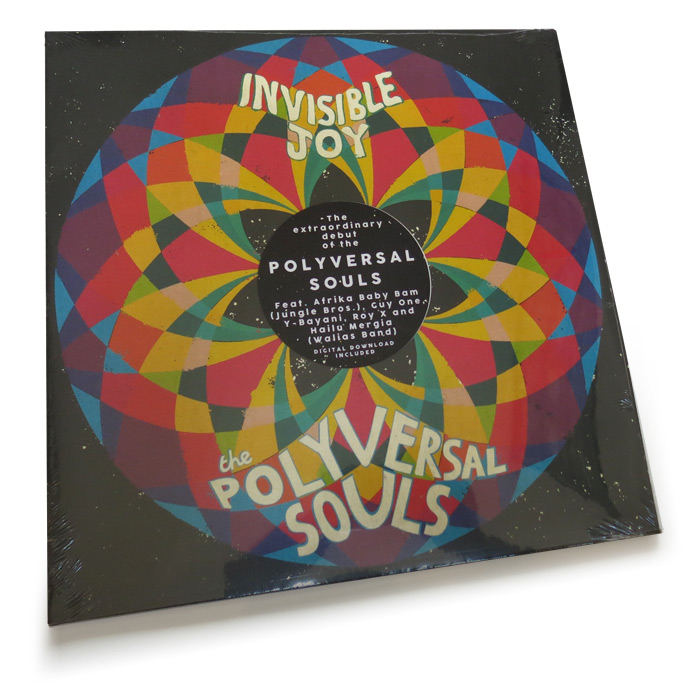 Buy it at our webstore at rappcats.com – ships immediately!

During the mid to late ’00s, Max Whitefield was in deep study: after spending five years with Krautrock legends and “world music” pioneers Embryo on a 500 concert European and African bus tour, he visited South East Asia, where he studied classical Burmese Saing Waing music. This trip was followed by a time in London, living and playing with fellow Now-Again artists the Heliocentrics. He studied with former Sun Ra Arkestra members in the USA before, in 2010, taking his first trip to Ghana, the deciding point to create his Philophon label. And to record all the music for his Ghanaian counterparts, Max formed a new Berlin-based band, The Polyversal Souls. The city’s vital music scene gave him the chance to bring together excellent musicians with a common passion and interest for sounds from all around the world. Out now, the Polyversal Souls’ debut album Invisible Joy – a manifest of what Max calls “21st century soul power.”